The attackers, who were said to have invaded the community at about 8 pm, reportedly came in large numbers. 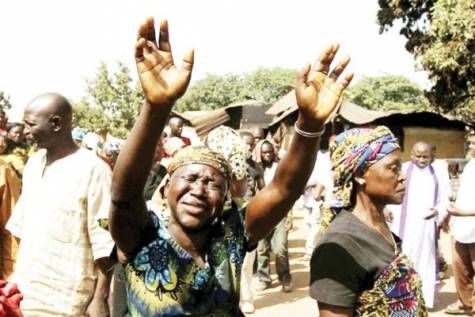 In what will come across as a really startling development, innocent Southern Kaduna residents have been reportedly murdered by herdsmen.

According to SaharaReporters, the peace moves in the Zango Kataf Local Government Area of Kaduna State, On Thursday night, suffered a setback following the attack on Gora Gan Community by suspected Fulani herdsmen which claimed seven lives.

The attackers, who were said to have invaded the community at about 8 pm, reportedly came in large numbers.

Confirming the attack to SaharaReporters, the Council Chairman, Dr Elias Manza, said no fewer than seven persons were killed, and about 17 houses were burnt down.

He explained that the injured were currently receiving treatment in an undisclosed hospital.

Dr Manza, who condemned the attack, commended the security operatives for their prompt response to distress calls which reduced the level of damage.

A resident, who pleaded anonymity, said the attackers unleashed terror on the community for almost six hours operating without any disruption from security operatives.

The source also disclosed that a man, his wife and their three children were hacked to death, adding the victim's residence was not far from where security personnel stayed in the community.

It will be recalled that a series of peace meetings summit in Southern Kaduna in the past months had been held in the LGAs towards finding lasting solutions, but the community had now suffered attacks for the fourth time.