Nigerian musician, Naira Marley has opined that since food is the business of all, men and women all belong in the kitchen. 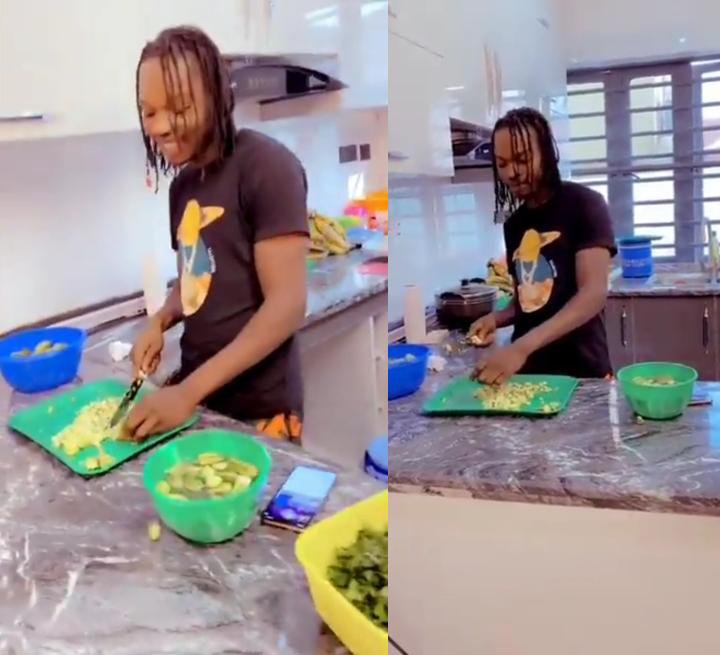