Ismail Umar-Dikko who spoke at a press conference on Tuesday, January 5, said that apart from violating COVID-19 protocols, the building had no valid title or development permit. 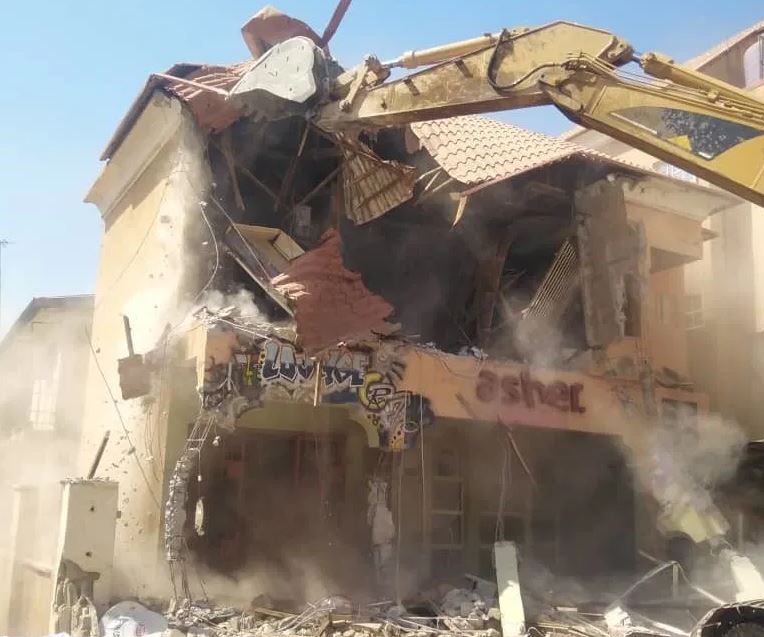 The Kaduna State government has disclosed that the Asher Kings and Queens Restaurant which was the proposed building for the s3x party had no valid title.

Director-General of the Kaduna State Urban Development and Planning Authority (KASUPDA), Ismail Umar-Dikko who spoke at a press conference on Tuesday January 5, said that apart from violating COVID-19 protocols, the building located in Sabon Tasha area of Chikun Local Government had no development permit.

Dikko maintained that the demolition of the building was in line with the laws and regulations of the state on any property that was in violation of its provisions.

He further told newsmen that while the illegal status of the building became a very separate matter from the trigger event, there was no excuse for anyone in Kaduna State to remain without a valid title to their property and permits for any development thereon by virtue of various land administration and development control initiatives conceived and implemented in the last five years.

The KASUPDA boss insisted that those who have chosen to remain in violation and have shunned opportunities to regularise their status cannot argue from sentiment when enforcement actions were taken.

This is however coming after the owner of the building, Mrs Aisha Yakubu denied claim of the building being the venue for the botched sex party. She had also threatened to seek legal action over the action of the government.