An overzealous police officer has reportedly killed a child while assaulting the mother in public. 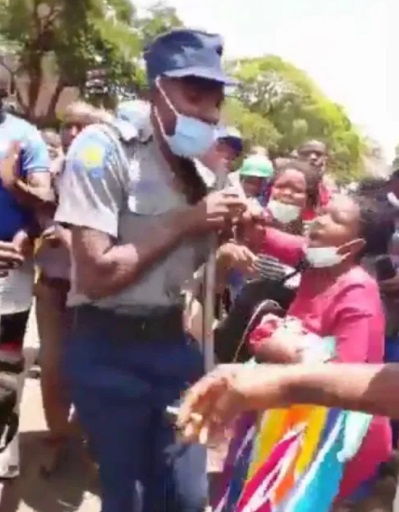 Scene of the tragic incident
A little baby hit with a weapon by a police officer has died.
According to reports, the horrific incident happened when a Zimbabwe Republic Police Officer attacked the mother of the baby with a button stick on Tuesday.
The overzealous police officer is alleged to have struck the toddler who was strapped to his mother’s back with his truncheon.
The baby who is reported to be 9-months-old is alleged to have died instantly, following injuries sustained in the attack.
Watch the video below: