The man who was walking on a subway was heard speaking Yoruba while making his request to the herbalist. 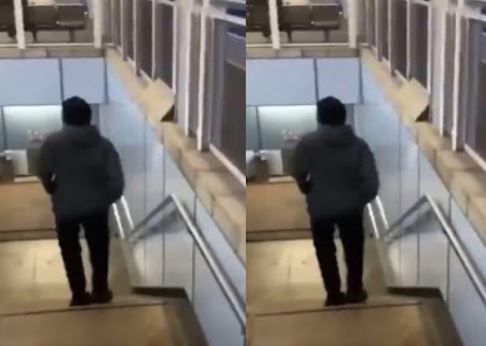 A video has surfaced online showing a man calling a herbalist on the phone, asking him to make a certain woman and her kids run mad.

The man who was walking on a subway was heard speaking in Yoruba on the phone, thinking no one will understand his language.

Unfortunately for him, another man who understands Yoruba was walking behind him and after hearing it is an evil conversation quickly started recording him from behind.

He could be heard saying, “the last one you did for me didn’t work, yet I spent a lot on it. This time, I want you to finish the woman’s life and her children. I want them to be acting insane.”

Watch the very disturbing video below...