A Nigerian actress has expressed thanks to God after acquiring a brand new car. 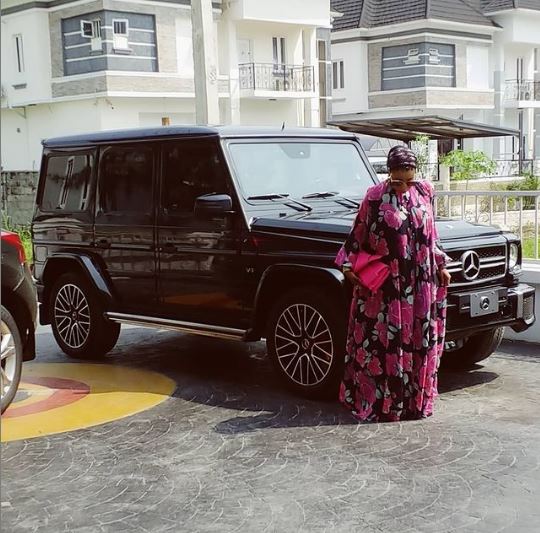 Anjorin shows off her new car
Nigerian actress, Lizzy Anjorin has flaunted the expensive mercedes G-wagon she just acquired.
Taking to Instagram on Wednesday, the actress wrote: "Just joined the biggest gang."
Her fans and colleagues have trooped to her Instagram page to congratulate her on the feat.
Lizzy Anjorin is an award-winning actress. She has acted in several movies and won several awards. She is married to Mr Lawal, a car dealer. She has also won several awards. She is one of the most popular actresses in the industry.
See her post below: