The Story Of Ndubuisi Kanu, The General Who Wanted An End To Military Rule In Nigeria


Despite the crackdown that led to the death of a couple of activists, Kanu remained in Nigeria, agitating still, when many other NADECO comrades, understandably, fled into exile. 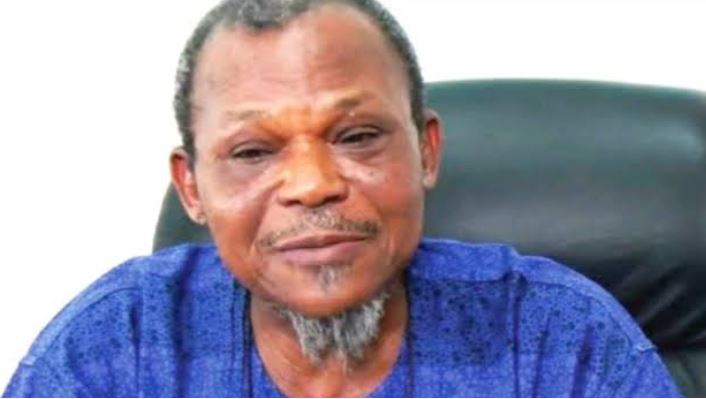 Ndbuisi Kanu would mostly be remembered as a pro-democracy advocate rather than a naval officer who rose through the ranks, and to the peak of the military profession. At the prime of his career, the country was ruled by the military and this would see him become military administrator of Lagos and Imo, but upon retirement, he immediately took a front row seat in the campaign against military rule– and not like most of his other military peers who had gone off the scene.

Unapologetically wearing the characteristics of a democrat, despite being a general who had worked with the “oppressors,” Kanu, would say he went into the military as a profession he loved, because it is a profession in which you do your best and come out of active service. His own ideology was that the countries we refer to as developed, especially the US, the real democrats here are ex-military.
“When you finish what you are doing, we are all political by nature. Everything about politics concerns all of us,” he remarked in a 2009 interview. He described military rule as an aberration, and a thing Nigeria should not experience again.

After serving the country in the navy uniform, Kanu joined in the fight to return Nigeria to a democratic rule, and had always lent a voice to the project Nigeria until Wednesday when the news came that the statesman had gone to rest, eternally.

The days were dark then for pro-democracy activists who continued to ask that MKO Abiola, presumed winner of the 1993 presidential election be installed. And, the call for Sani Abacha, the then military ruler to step down and allow for a civilian rule, would lead to the formation of the National Democratic Coalition (NADECO) in 1994. It was indeed a coalition of Nigerian from all walks of life, both home and abroad and whose sole mandate was to have a democratic Nigeria.

Soon, Kanu would become one of the strongest voices of the movement as he chaired the group’s action committee. While other ex-military who had also joined the movement feared being noticed, Kanu gave his signature to an ultimatum for Abacha to leave.

Despite the crackdown that led to the death of a couple of the activists, Kanu remained in Nigeria, agitating still, when many other NADECO comrades, understandably, fled into exile.

Of course, you won’t be in the good book of the then military regime the moment you identify with NADECO. It was the time Nigeria would record a high rate of human rights abuse, and zero regard for the rule of law.

While some were killed or jailed, others  went missing.

Not Kanu, a retired general for that matter, was spared, as he would always count himself lucky.

He recounted in a 2013 interview how at the beginning of his activism, he was picked by a group of policemen on the accusation that he had recommended importation of arms.

“I made it clear that if I prepared the paper brought to me, they wouldn’t see it in the first place. They also made remarks about Dr. Beko Kuti and some other members of NADECO until the wee hours of the following day. Later, I learnt they were looking for cars and I asked what for? They said we were travelling to my hometown. It was around 4am that early morning. I said ‘No, I am not travelling anywhere,’ and that whatever they want to do to me, they should do it there. I said ‘I am not going.’ I even told them that they take me back to my house because I won’t stay at the Force Headquarters.”

When the day broke, four plain cloth policemen took him to the airport and flew to Port Harcourt, and from they drove to his hometown and to his house.

While there, Kanu was asked to come inside with them but he refused.

“One of them threatened me that what happens if they plant something capable of putting me in serious trouble, I said that will be between them and their conscience,” he continued.

“I remained at my balcony while they conducted their search of the whole house. I overheard one of them saying this man has nothing to hide and that is where it ended and I was flown back to Lagos.

“There was so much harassment meted out at me thereafter purposely to break me down. I don’t want to go into all that. But at a time, I decided to send a message to Abacha. Admiral Akhigbe was by then the naval chief. The message I sent then was that I shouldn’t be subjected to unnecessary harassment after serving my country well defending her territorial integrity.”

Kanu himself wouldn’t understand how he survived being killed, and this he attributed to the grace of God.

“I know once I had goose pimples because then, I was driving myself even though I had a driver. I reached a point there at Onikan, as I was passing the stadium, I saw a 505 Peugeot.   As I got to Awolowo Road, I still noticed the car but I just went on to where I was going.

“I don’t know how and when the vehicle passed ahead of me. I was on one side of the road when the car came close to me and somebody in the car shouted to me, Admiral Kanu, how are you? I just waved back to him but it was a very remarkable face until I saw the face years later on television. I had goose pimples, but what made him change his mind from shooting me, only God knows.”

‘WE HAVE TO RETURN TO FEDERALISM’

For Kanu, Nigeria may not work until genuine federalism is in place.

Till his death, Kanu had always called on successive governments to critically look into the matter.

“For me, both empirically and historically, I am saying unless we do some things we have a big problem on our hands,” he said in the interview.

“The first and major thing to be done is to take this country back to the only way it became a country and the only way it can continue. I will not be surprised even if some people reading this now do not understand what I am saying.

“There were not many skyscrapers around then, there were not private jets around then but there were some things that were really intrinsically different and better for the growth of the country towards nation building. If we want things to improve, we have got to go back to federation which we are not and which is not being run right now, we only answer that in name. We are running a unitary system of governance in the country.”

Born in 1943 in Ovim, Isuikwuato local government area of Abia sate, Kanu was educated at the Methodist Primary School, Enugu.

He joined the Nigerian navy in 1962 and obtained his B. Sc degree at the National Defence Academy, India.

Kanu also fought in the Biafran forces, and served under the United Nations Interim Force in Lebanon (UNIFIL).

While honouring him in 2014, Babatunde Fashola, a former Lagos governor, said Kanu has been a long distance runner in the choice and commitments he made years ago.

Indeed, the rear admiral was a rare of his kind– and his death, Babajide Sanwo-Olu would describe as a colossal loss to the country, for he “served with distinction and left a legacy of service that will inspire generations to come.”