A Manchester United footballer has made history in the Premier League after winning player of the month award four times. 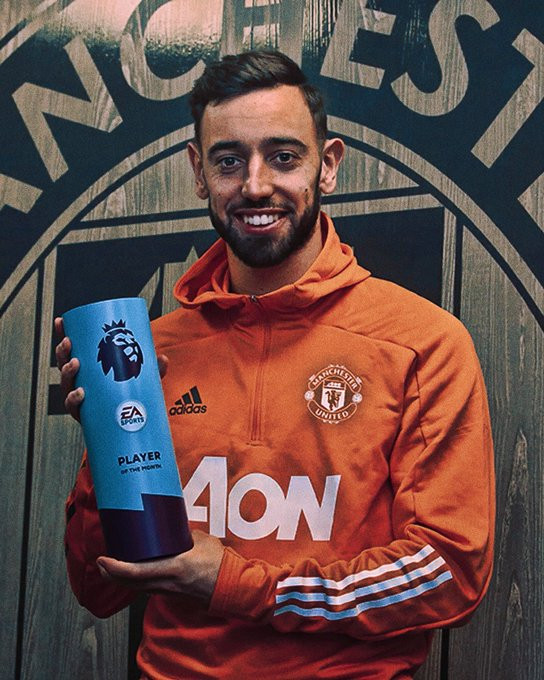 Bruno
A Manchester United player has made history in the premier league after winning a recent award.
Midfielder, Bruno Fernandes has become the first player in Premier League history to win Player of the Month four times in the same calendar year.
The Portuguese footballer was on Friday named Premier League Player of the Month for December, after scoring three goals in six Premier League appearances in December as Ole Gunnar Solskjaer's side went unbeaten, winning four games and drawing the other two.
He also picked up the award in November, May and February.
The Portugal international has emerged as a key figure at Manchester United since joining from Sporting CP 12 months ago, scoring 15 goals in 26 games this season across all competitions, helping Manchester United move three points clear of Liverpool at the top of the Premier League table.
Top Stories