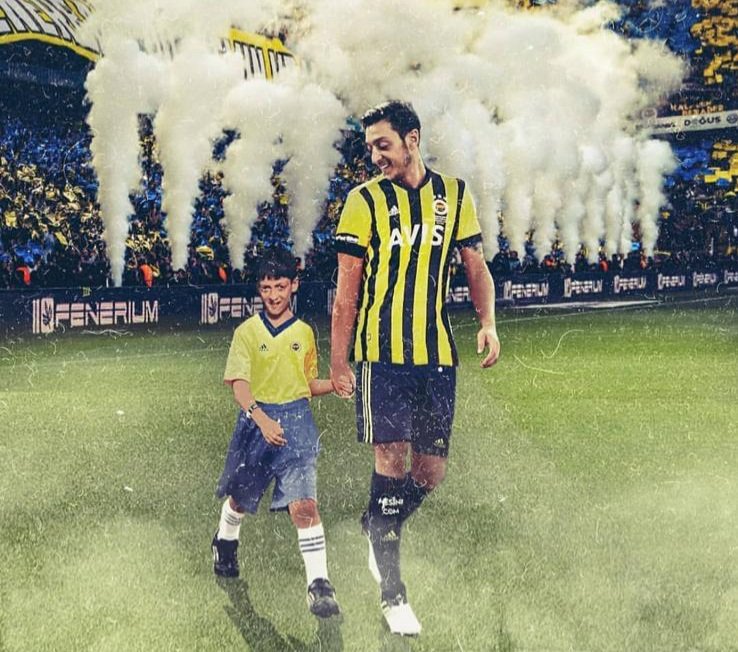 Ozil signs for Fenerbahce
A former Arsenal star player, Mesut Ozil has confirmed his departure from the club.
He has now signed for Fenerbahce, saying he was "very excited" to play for the former Turkish champions and that he was fit despite missing nearly a year of football.
He shared a photo wearing Fenerbahce jersey walking into the stadium with his son.

Speaking to Turkish broadcaster NTV on Sunday, Ozil, who has Turkish ancestry, said he was looking forward to playing for Fenerbahce, a club he said he has supported all his life, and added he would arrive in Istanbul early on Monday to seal his move.
"I am a Fenerbahce fan. That is why I am very happy to be coming to Turkey with Fenerbahce," Ozil said. "I'm very excited. God gave me the chance to wear this jersey as a Fenerbahce fan. God willing, I will carry it with honour and do everything I can for the team.
"Of course, I'm missing a few matches. I haven't played in a match in a while, but I am physically fit, I have no issues," he said, adding he had been training with the first team at Arsenal during his time off the pitch.
Signed in 2013 for a then-club record fee of £42.5 million from Real Madrid, Ozil played a crucial role under Arsene Wenger in ending Arsenal's trophy drought, winning the FA Cup in his first season.
But he found himself marginalised under Wenger's replacement Unai Emery and again by Mikel Arteta, who said the player's omission from the squad was for "football reasons."
Top Stories