The deputy vice-chancellor of Anchor University in Lagos state has been kidnapped in Nasarawa. 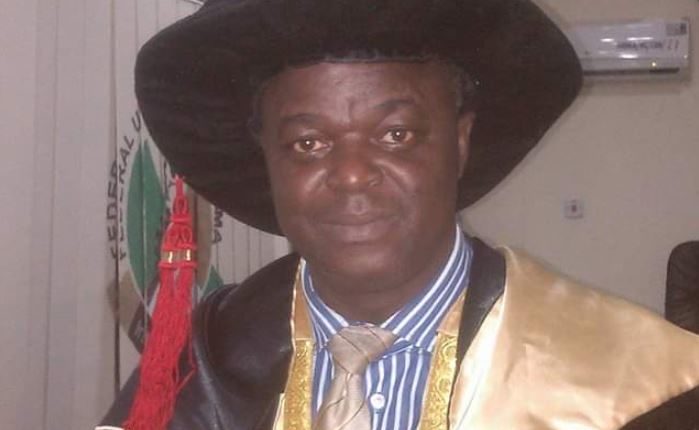 Prof. Johnson Fatokun
Kidnappers have demanded N20m before they will release the Deputy Vice-Chancellor of Anchor University.
Prof. Johnson Fatokun, was kidnapped in Nasarawa.
Anchor University is a faith-based institution in Ayobo, Lagos, owned by the Deeper Christian Life Ministry.
It was gathered that the victim left Lagos on Sunday to drop off his two children, who were schooling in the North.
He was said to be returning on Monday when his vehicle was attacked by the gunmen in Nasarawa en route to the airport to return to Lagos.
A source said the assailants were in police uniform.
The source said, “The professor had dropped his son at the Deeper Life High School in the morning. He also went to drop the daughter at a federal university in Jos.
“He was returning from Jos to Keffi, Nasarawa State, late in the evening when they encountered the gunmen on the road. The driver, however, manoeuvred his way and sped through them. The gunmen started chasing the vehicle and shooting.
“There was another set of kidnappers right in front of them. They succeeded in stopping the vehicle. They beat up the driver, who managed to escape. The professor begged them for mercy, because those people were angry. That was how they whisked him away.”
The kidnappers had been speaking with some leaders of the victim’s church in Nasarawa.
It was gathered that the gunmen demanded N20m as ransom.
“They are talking to his colleagues and some leaders in the church. The negotiation is ongoing. We hope he will be released soon and unhurt,” the source added.
An official of the school, who spoke on condition of anonymity, confirmed the development.
He, however, said prayers were being offered for the safe release of the professor.
Fatokun is a professor of Computational Mathematics and Numerical Analysis, and was the pioneer Deputy Vice-Chancellor of the Federal University, Dutsin-Ma, before joining the services of Anchor University in 2017.
Top Stories