For Gorman, where there’s a will, there’s way. Born in 1998, Gorman had a speech impediment as a child – a challenge she shares with Biden. 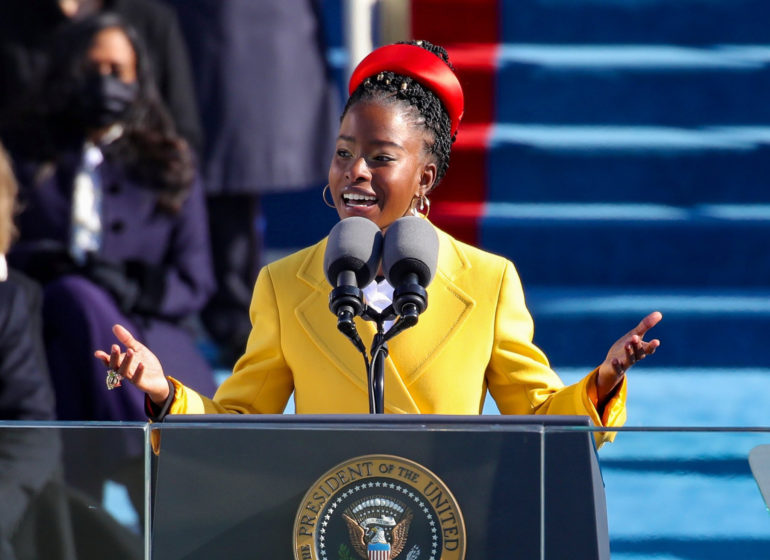 This TheCable post shares insight into the life of Amanda Gorman, the youngest inaugural poet in US history.

At 22, Amanda Gorman, an American poet, has etched her name in the history books by becoming the youngest person ever chosen to recite a poem at a presidential inauguration in the United States.

Standing before Joe Biden, president-elect, and Kamala Harris, his vice, the Los Angeles-born writer, who was also named the first-ever national youth poet laureate in 2017, dazzled the world on Wednesday with her sheer confidence as she delivered ‘The Hill We Climb’, one of her latest poems, at the presidential inauguration.

Grew up against the odds

For Gorman, where there’s a will, there’s way. Born in 1998, Gorman had a speech impediment as a child  – a challenge she shares with Biden.

But the young daughter of a school teacher was determined to overcome the odds as she worked round the clock to improve her public speaking skills.

To overcome her speech impediment, she started writing. At 14, she joined WriteGirl, a Los Angeles-based nonprofit organization, that helps teen girls discover the power of their voice through creative writing.

Gorman’s first shot at public speaking was a second-grade monologue in the voice of Osceola of Florida’s Seminole tribe.

The development, she said, marked a watershed in her passion for written and spoken word.

“I’m sure anyone who saw it was kind of aghast at this 15-pound Black girl who was pretending to die on stage as a Native American chief,” she told Los Angeles Times.

“But I think it was important in my development because I really wanted to do justice to the story and bring it to life. It was the first time that I really leaned into the performance of text.”

Her tenacity and dint of hard work soon shot her into the spotlight. At 16, the young lady became Loss Angeles’ youth poet laureate.

She thereafter continued to pull the strings, becoming the national youth poet laureate — about three years later — while studying sociology at Harvard.

In 2015, Gorman published ‘The One For Whom Food Is Not Enough,’ her debut book. She is also expected to put out ‘Change Sings’, her forthcoming literary project, later in the year.

“I don’t look at my disability as a weakness. It’s made me the performer that I am and the storyteller that I strive to be,” she added.

“When you have to teach yourself how to say sounds [and] be highly concerned about pronunciation, it gives you a certain awareness of sonics, of the auditory experience.”

Pushing for a new America

Much of Gorman’s poems have been about charting a new course for the society, particularly America.

‘The Hill We Climb’ was inspired by the Capitol Hill invasion on January 6 and how to move America forward.

Her impressive stint and quest for societal rebirth had informed her invitation to the presidential inauguration by Jill Biden, the president-elect’s wife, who had seen a reading she gave at the Library of Congress last year.

Standing before a large audience at the US Capitol on Wednesday, Gorman again delivered a healing message, stressing the need for unity in moving America forward.

“And so we lift our gazes not what stands between us, but what stands before us. We close the divide because we know to put our future first, we must first put our differences aside,” she said.

“We lay down our arms so we can reach out our arms to one another. We seek harm to none and harmony for all.”

“If we’re to live up to our own time, then victory won’t lighten the blade. But in all the bridges we’ve made, that is the promise to glade, the hill we climb, if only we dare it, because being American is more than a pride we inherit.

“It’s the past we step into and how we repair it. We’ve seen a force that would shatter our nation rather than share it, would destroy our country if it meant delaying democracy.”