The employee was dismissed from his job after he told his boss to speak Yoruba to his mother because she is illiterate. 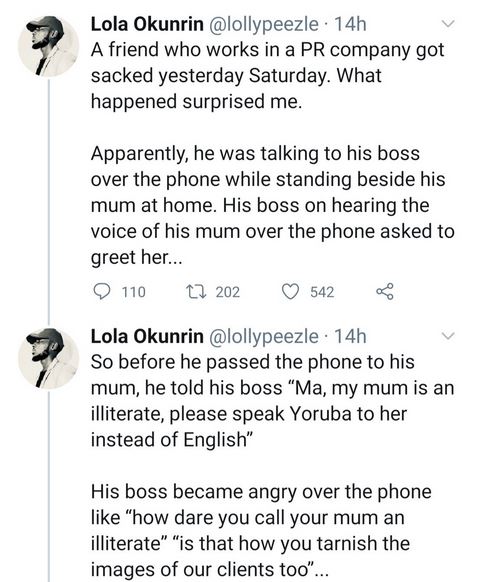 A Twitter user revealed how his friend who works for a PR company lost his job because of the way he spoke about his mother to his boss.

The Twitter user named Lola claimed the boss was speaking to one of his staff when the staff mentioned that he was with his mother.

The boss then asked to speak with the mother and the staff quickly chipped in that his mother is an illiterate and he asked his boss to speak to her in Yoruba.

This reportedly angered the boss said the man is supposed to speak highly of his mother, not demarket her.

He was fired because the boss felt that must be the way he speaks about clients too. 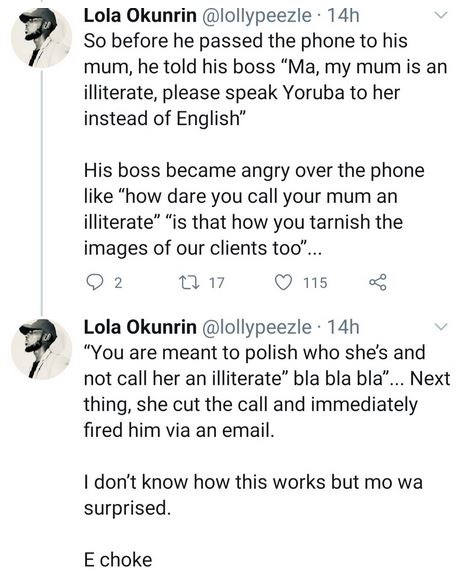