He pleaded guilty to one count amended charge preferred against him and convicted and sentenced to 18-months imprisonment. 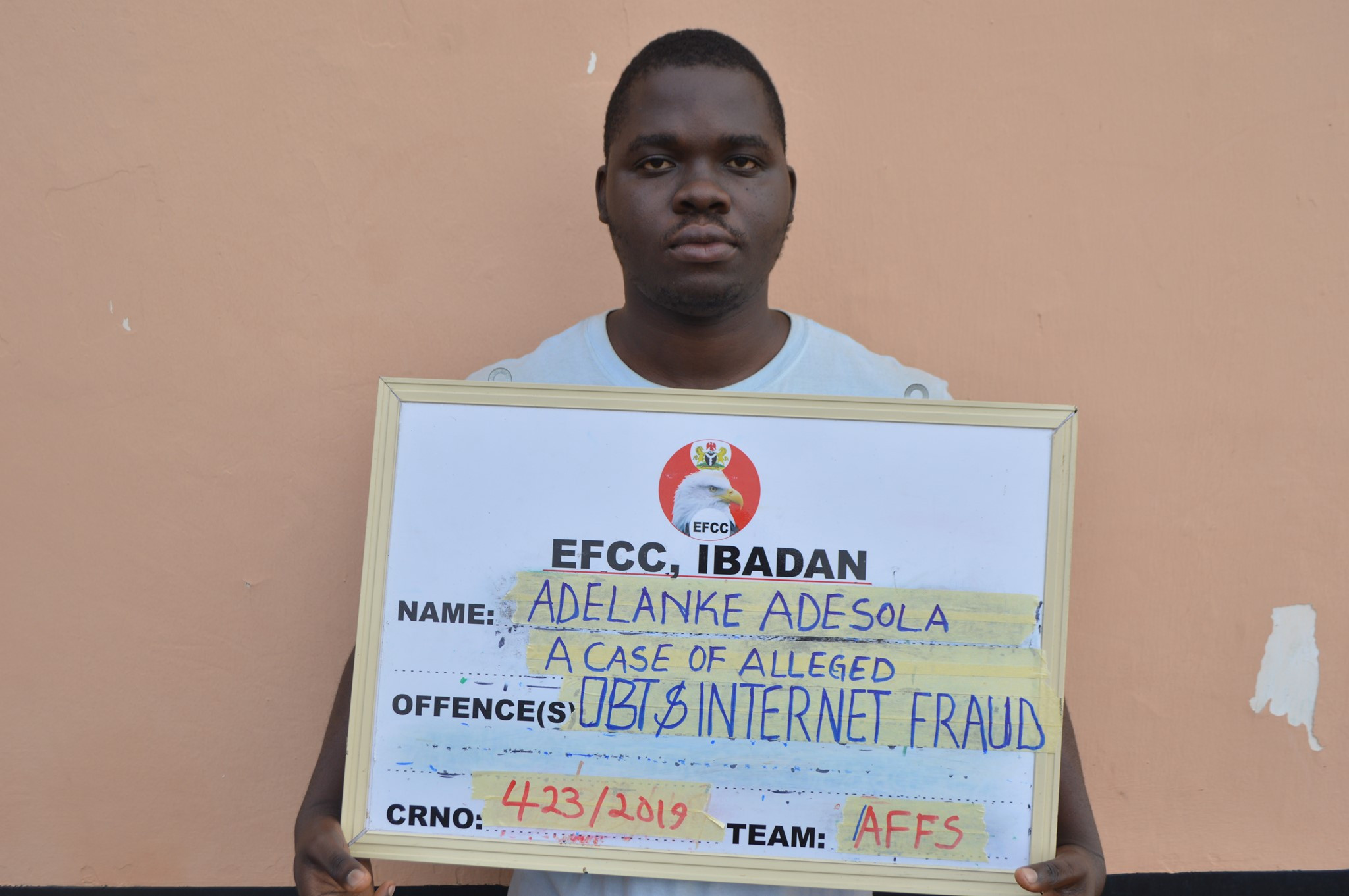 A man identified as Adelanke Adesola Abiodun (a.k.a. Richard Lopez/ Walker Fabian Gregory) has been sentenced to prison.

The 25-year-old who claimed to be an Accounting graduate from Ekiti State University was a sales representative with a private company when he was arrested by the Ibadan Zonal Office of the Economic and Financial Crimes Crime Commission, EFCC, for internet fraud, the agency said in a statement.

He pleaded guilty to one count amended charge preferred against him and convicted and sentenced to 18-months imprisonment.

Justice Kwuemi, the presiding judge also gave a consequential order that he restitutes to his victim, one Frida Thorsdottir the sum of $1,500 (One Thousand Five Hundred United States of American Dollars), through the EFCC.

He is also to forfeit one iPad and Nokia Torch to the Federal Government of Nigeria, EFCC said.