"The Spirit Of Patriarchy Is So Strong In Africa, It Makes Me Sick -Toke Makinwa"


The author pointed out that fornication is not a one-gender thing and people should not judge others because they sin differently. 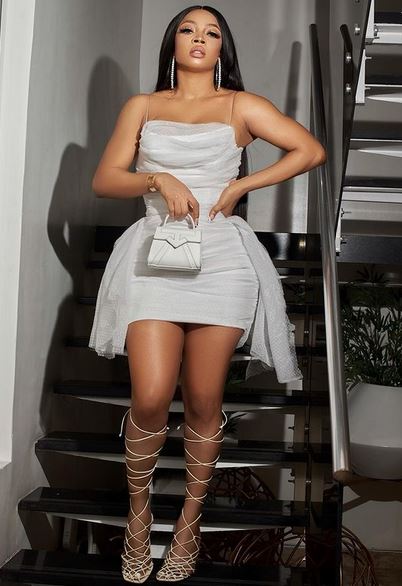 Controverisoal OAP and vlogger, Toke Makinwa took to Twitter to lament about the patriarchy in Africa.

In her Twitter thread, she stated that  the spirit of patriarchy in Africa makes her so sick, She frowned at people who always say that women who go from dating one man to the other will have questions to answer when they get to heaven.

She wondered what would happen to the men who date several women when they get to heaven.

She ended her tweet by pointing out that fornication is not a one-gender thing and that people cannot judge others because they sin differently.

''The spirit of Patriarchy is so strong in Africa it makes me sick how can you say women who go from man to man will have questions to answer on judgment day, what of men who go from woman to woman? They’ll be welcomed into the pearly gates with open arms? Help me understand

When it is a woman she is promiscuous, when it is a man, he is living it up.

fornication is no respecter of gender and you can’t judge someone cos you sin different or you are of a different gender.'' she tweeted