A little girl has been left in a traumatic state after allegedly being defiled by a school bus driver. 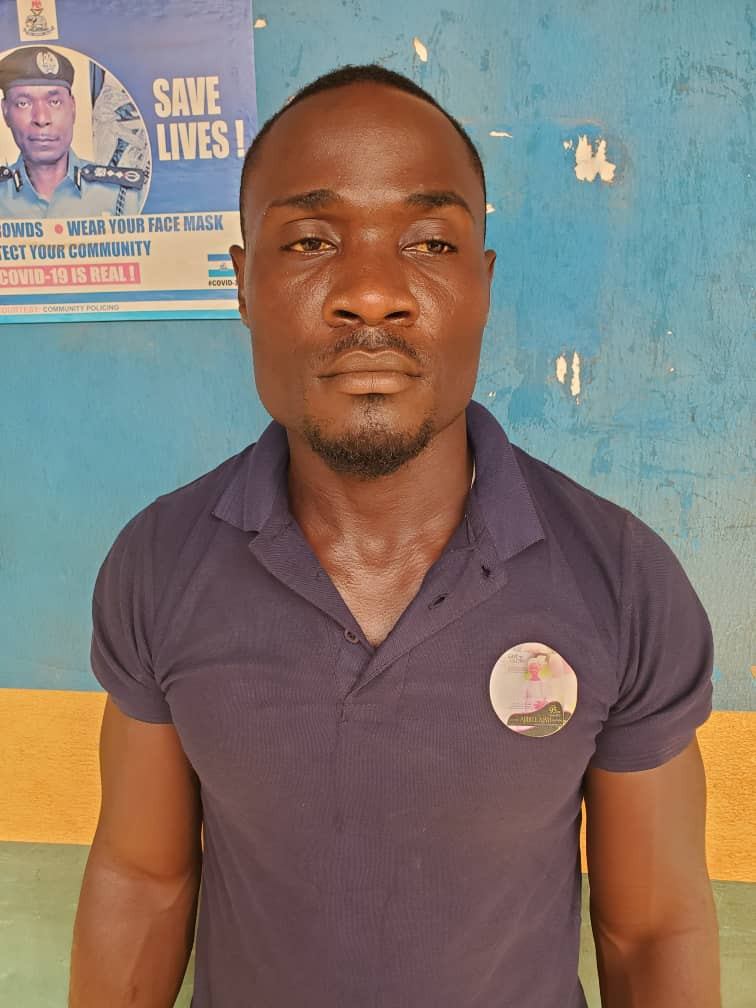 Humble Michael
A four-year-old pupil has exposed a school bus driver who allegedly defiled her in Ogun state.
According to the Ogun state police command, the 36-year-old school bus driver, Humble Michael has been arrested.
He reportedly defiled the 4yr-old pupil (name withheld) while working.
A statement released by DSP Abimbola Oyeyemi, spokesperson of the command, states that the suspect, Humble Michael, was arrested on January 22 following a complaint by the mother of the victim who reported at Ogijo divisional headquarters that while her husband was bathing their daughter, he discovered that blood was gushing out of her private part, and when the girl was questioned, she disclosed to her parents that the driver of their school bus was the person who had sex with her on the 21st of January 2021.
''The victim stated further that after the driver had dropped all other school children at their various homes, she was the only person left on the bus. This gave the driver opportunity to park somewhere along the road and defiled the little innocent girl.
Upon the report, the Dpo Ogijo division CSP Muhammed Sulaiman Baba detailed his operatives to go after the suspect and he was subsequently arrested.
The victim was quickly taken to general hospital for treatment and the doctor's report confirmed that she had been sexually abused.
On interrogation, the suspect admitted that he actually committed the crime.'' Oyeyemi's statement read
The police spokesperson added that the commissioner of police cp Edward Awolowo Ajogun has ordered the immediate transfer of the case to the anti-human trafficking and child labor unit of the state criminal investigation and intelligence department for further investigation and prosecution.
He appealed to parents to always make the wellbeing of their children especially female ones a number one priority so as to save them from those evil men lurking around everywhere. He also warned school proprietors to always have background checks of those they want to employ to save them from employing criminals.
Top Stories