Controversy Trails Suicide Death Of Music Artiste, One Other Man In Delta


The music artiste, Starboy Fizzy, allegedly committed suicide over a cleric’s revelation that he planned to use his mother for ritual purposes. 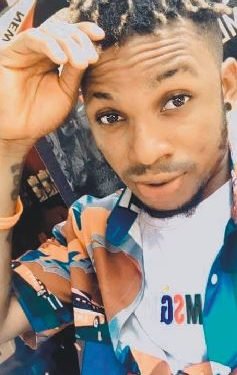 It has been reported that two people including a budding music artiste based in Warri and a father of four children have allegedly committed suicide in Delta State, causing some stir.

The music artiste, Starboy Fizzy, allegedly committed suicide over a cleric’s revelation that he planned to use his mother for ritual purpose.

The Nation gathered that the incident occurred late on Wednesday on Atare Street, Alegbo area of Effurun, Uvwie Local Government Area of the state.

He reportedly drank a pesticide believed to be Sniper.

Fizzy was said to have taken his own life after he returned from a church vigil with his mother.

But a Facebook user, identified as itz mhiz pretty berry, who claims to be a sister of the deceased, however, denied the report that a pastor’s revelation led his brother to commit suicide.

She, however, did not state what led to his death or the manner in which he died.

Residents mostly kept mum when The Nation visited the area yesterday. Everyone contacted for information in the neighbourhood directed the reporter to someone else.

Some who managed to speak confirmed that the young man died, but they could not confirm that a pastor’s vision led to his death.

A resident who spoke to our correspondent disclosed that Fizzy’s Subscriber Identification Module (SIM) card was missing at the time he was discovered dead, adding that he was a very lively young man.

“One cannot say what really happened. If he committed suicide, there was no note or evidence that indicated so. If they had seen his SIM card, maybe it would have given a clue to what happened.

“He was a very calm boy. In fact, the family members are calm. We don’t just know what happened,” a resident said.

Efforts made to find out the name of the church were unsuccessful.

Some reports had claimed that the young man decided to end his life because a pastor in the church he attended told his mother that he saw a vision that his son, the deceased, would use her for money ritual.

The upcoming artiste allegedly got depressed by the gossips that made the rounds about the pastor’s revelation and chose to end it all.

Checks on YouTube revealed that the deceased had a music video titled “Fire,” with MBA records, and did a song titled ‘Fire and Oil Dey my Head’.

In a related development, a young man, simply identified as Mimi, has also committed suicide by hanging himself to a ceiling fan.

It was gathered that the incident happened last Saturday in his residence located on Uti Road in Effurun.

According to reports, the man, a father of four children, owed some unidentified persons an undisclosed amount of money and could not pay back.

A source said around 5am that Saturday, the wife discovered that he had hung himself in their sitting room, using his belt.

A video of the deceased being carried away from the scene, with a crowd of sympathisers at the background, was viewed by our correspondent.