I Made Money From ‘Beef’ With MI- Rapper, Vector Reveals


Speaking about his feud with MI, Vector noted that he made money from their diss as people kept streaming the record all over the world. 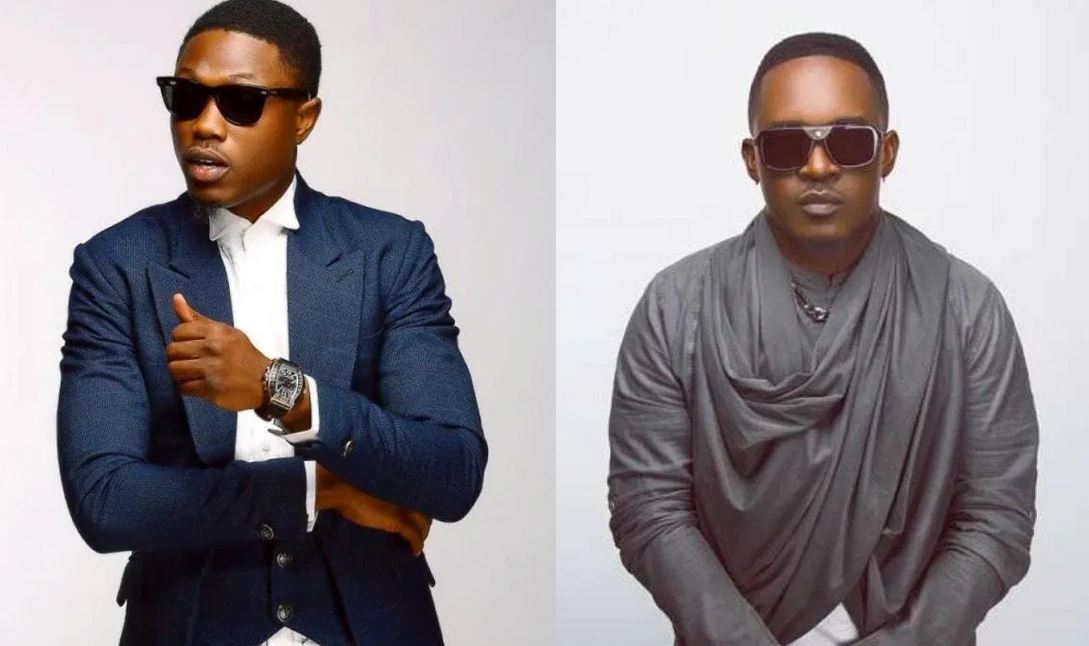 Top Nigerian rappers, M.I Abaga and Vector's beef were one of the most talked about in the entertainment as both of them released tracks to diss the other.

In entertainment, beef is a word often used to describe disagreement between celebrities

The beef which began as one line disses from various tracks by the rappers evolved to diss tracks by both heavyweights in the music industry.

In October 2019, MI released the diss track, The Viper, aimed at Vector whose pseudonym is Vector The Viper. In the same month, Vector hit back with the track, Judas the rat; as MI’s real name is Jude Abaga.

Recently, there was a reconciliation between the two hip-hop head courtesy of an alcoholic brand and they have made a song together, Crown Of Clay, which will be on Vector’s forthcoming album, T.E.S.L.I.M, to the delight of their fans.

Speaking about his feud with MI, Vector noted that he made money from their diss. He made this statement during a media parley as the rap artiste spoke on his forthcoming project, T.E.S.L.I.M.

“Yes I made money from the beef tracks I did for MI. The records sold. There seems to be a ‘sweetness’ that comes with beef records. So they were streamed a lot. We trended at number 2 in the US, both verses trended at number one on, Genius, the lyrics website. Which means that Nigerians can write what the whole world can read and understand and we will trend. So yes, there was that,” he said.

He further revealed that the alcoholic brand who brokered the peace deal made monetary offers. He said, “Of course, I was paid by the brand. How would that have been? That the brand would come, offer us alcohol and record the reconciliation? No.

“There is still business going on. And that is also one of the highlights that you can share with up and coming rappers. Don’t be stupid to pick a fight over growth. You must know when to stop being hard-headed as a person. A lot of brands had called to make the reconciliation happen but I guess it had to be them.”

Vector stated that his beef with MI exposed some ‘fake friends’.

“You will be amazed by the kind of realizations that you encounter when you speak with the person that you had beef with. You will realize the people that are with you but ‘are not with you.’ I saw it with him and he saw it with me. People that wanted to be relevant in the argument. People that I thought were my guys that would call him. It helped expose people that would not have been exposed if there was no beef. We understood that,” the rapper said.

Commenting on his forthcoming album, T.E.S.L.I.M, he said the idea of the album name came to him while he was staring at his father’s casket.

He said, “TESLIM as an album. First, I had just released the Lafiaji album and when we were gearing up to make the album, my dad died. That energy just sunk the idea. We were at the funeral home when a friend of mine whispered to another friend that he should observe my looks as I was in deep thoughts.

I was staring at my dad’s casket when it dawned on me, TESLIM, you are gone but your energy still remains. I took the letters to his name and it made the acronym; T.E.S.L.I.M, which stands for The Energy Still Lives In Me.”

Vector said that the album would serve as an inspiration and a positive force for today’s youth.

“Finding out that Teslim means peacemaker and looking at our society today, there seems to be so much negativity flying around. For example among the youths, I see a bright future but there is so much argument. On social media, there is a lot of competition.

People are so keen to pull each other down because of ranks and that should not be. Competition is healthy but beyond that, there is a lot of negativity in our society with the younger generation. I felt it will be nice to have an album that will inspire us.

It would be nice for us to think forward, be happy. It will be nice for music to be beyond making money but we should preach messages that will inspire hope and togetherness,” the rapper said.