Dangerous weapons including a gun truck have been recovered by Nigerian soldiers after a fight with Boko Haram terrorists. 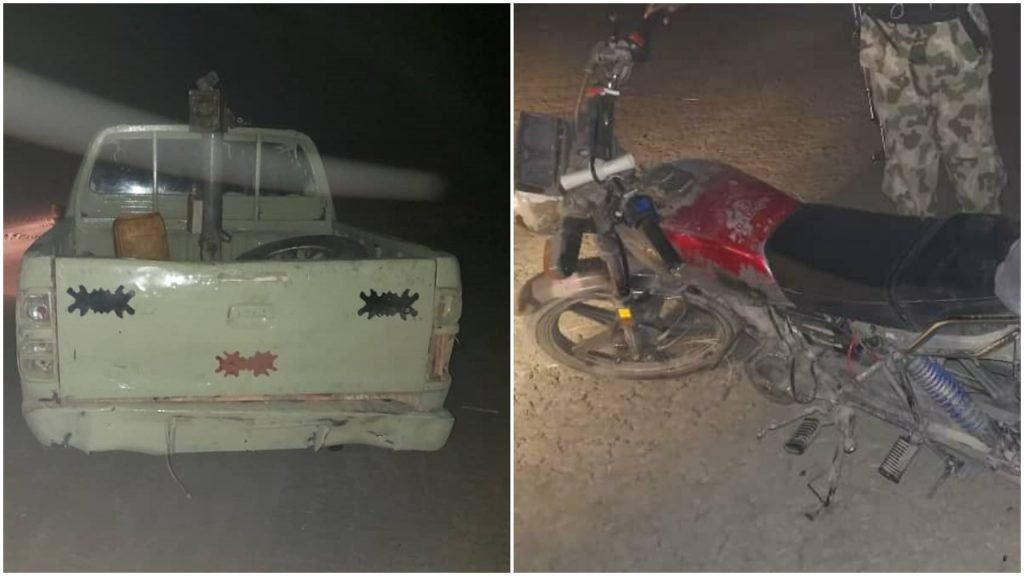 Weapons recovered from the terrorists
A deadly clash between Nigerian troops and Boko Haram terrorists in Gamboru Ngala area of Borno state has led to the recovery of a gun truck and other dangerous weapons.
The bloody clash took place on Thursday.
Soldiers overwhelmed the insurgents with superior firepower.
Military sources told PRNigeria that the terrorists advanced towards the town from various locations.
The troops, that had dominated the area based on intelligence, opened fire and killed a number of the sect members.
They recovered a gun truck, motorcycles and weapons.
The general area is being combed in search of terrorists in hiding.
Nigerian troops and Multinational forces are continuing Operation Tura TaKai Bango, the first major offensive of 2021.
Top Stories