The sports event organized by Mr. Valentine Ozigbo, a governorship aspirant of the People Democratic Party, PDP was billed to begin at 7am when at about 6:20 am, thugs numbering over 20 invaded the venue. 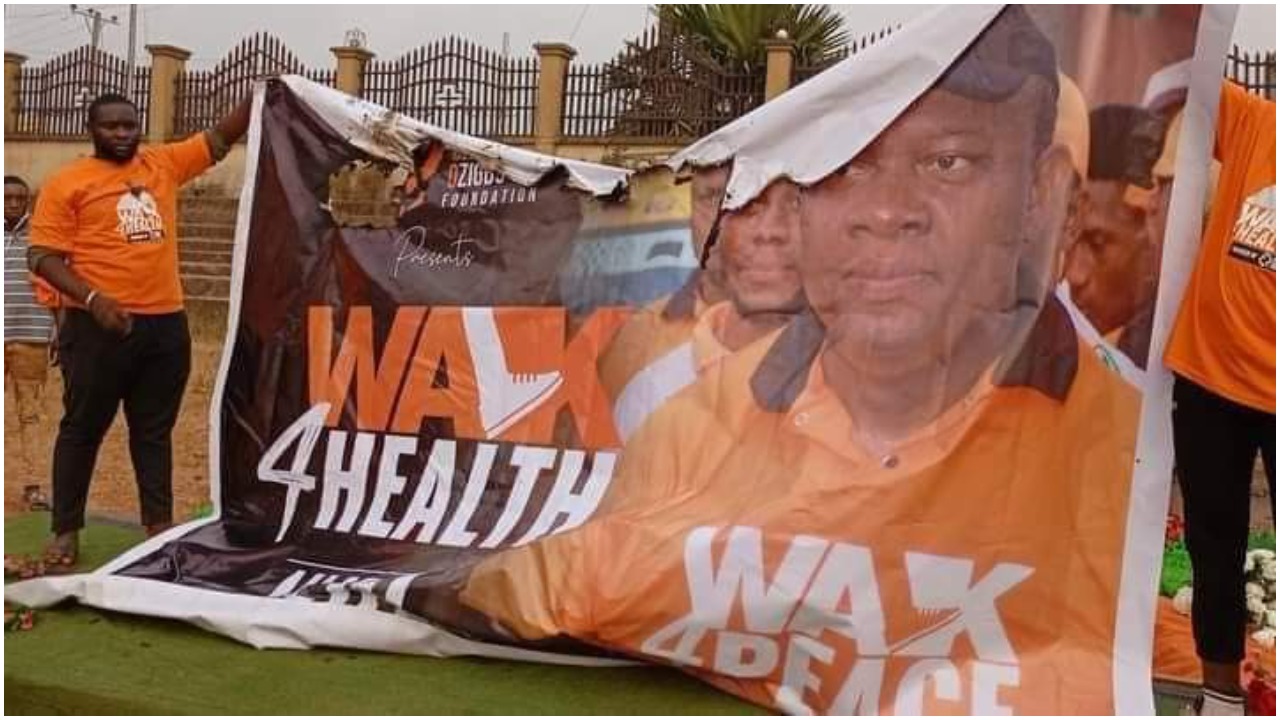 Some persons said to be political thugs who are reportedly loyal to a governorship aspirant in Anambra State on Saturday invaded St Andrew’s DCC compound, Nnewi, destroying facilities put together for a proposed sports event, Daily Post reports.

The sports event organized by Mr Valentine Ozigbo, a governorship aspirant of the People Democratic Party, PDP was billed to begin at 7am, when at about 6:20am, thugs numbering over 20 invaded the venue destroying some of the facilities to be used for the event.

The facilities destroyed include; the podium, chairs, tables and many others.

However, it was not clear as at the time of filing this report, which governorship aspirant the thugs were allegedly loyal to but there are speculation that the suspected mastermind may be afraid that Ozigbo could win the hearts of his people, who form his number one support base.

Meanwhile, Mr Ozigbo and Hon Chris Azubogu have condemned the action, saying that it was not Anambra-like.

Ozigbo who addressed supporters after a seven-kilometer walk in the industrial city of Nnewi said the violence was uncalled for. He said the event had been organized to improve the health of the people of the state.

Azubogu also in a press release condemned the attack, saying he was billed to be at the event but couldn’t make it because he was touring the state. He wandered why anyone would attack a peaceful gathering in the state.

“He (Azubogu) would have been part of the ‘Walk For Life’ event in Nnewi, his hometown, if not for his scheduled ongoing LGA tour, and he was already on my way to Awka North LGA when he received the news of the attack.

“The member representing Nnewi North/Nnewi South and Ekwusigo Federal Constituency, on hearing about the attack, placed a call to Mr Ozigbo, stating also in a message that such behaviour does not represent Ndi Nnewi or PDP.”

He called for the arrest of those involved, describing the attack as condemnable and does not represent the actions for which the People’s Democratic Party is known by.