The pretty movie star opens up on her journey to stardom, sexual harassment and her views on paternity issues currently rocking marriages. 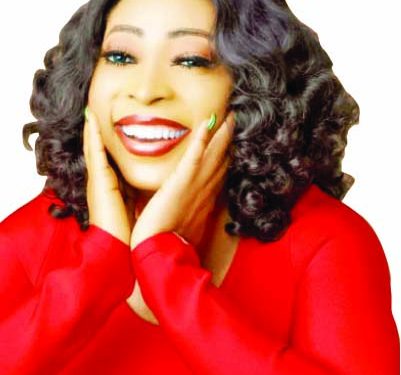 Makita Onwodi, the talented Edo State born actress, has been in the industry for over a decade, building a career against the odds with films like ‹the Twin Sisters, Senior Secondary School Student, My National Rights and Regina My husband› among over 50 other blockbusters.

In this interview, the pretty movie star opens up on her journey to stardom, sexual harassment and her views on paternity issues currently rocking marriages.

The year 2020 despite the pandemic was really a blessing for my career. I did a lot of movies and was well paid for them. So, I will say it was a great year.

A New Year is here. What are your projections for 2021?

That would be to do more movies. I am talking about good movies and then I’m also looking to getting endorsement deals, producing my own movie and doing lots of other stuffs. I don’t want to let the cat out of the bag for now, but generally, I am looking forward to upgrading my experience in acting by going to a film school in the UK.

What are your New Year resolutions and what is that habit you want to drop this year?

I just have one resolution and that is to do what is right no matter what it will cost me or whose ox is gored. One bad habit I am definitely going to drop is my failing to post my jobs on social media. I am going to change that soon (laughter).

What inspired you to join Nollywood?

I have been acting for over 10 years, but professionally for eight years.  My love for entertainment generally inspired me into acting.

How did your man react to your career choice?

My man has always been supportive of my endeavours and as long as what I am doing is legal; he will support and help me meet my goals. I can confidently say that he is cool with my choice of career.

How has the journey been so far?

So far it has been so interesting. However, it has not been funny considering what goes on in our industry. You know, you have to get the right connections to get roles! Added to that is the fact that some people behind the camera will want to have carnal knowledge of you before projecting you or giving you a better role, but God has been faithful; he has never failed me.

How did you overcome the sexual harassment?

Whether we like it or not, sexual harassment is still there till tomorrow, but you just have to stand your ground and resist it at all costs.

You have acted in over a dozen movies. Which one gave you a hard time interpreting and which gave you your big break?

Well, I don’t think there is any yet. As a trained professional I just interpret my script the best way I can. Talking about the movie that gave me my big break, that should be ‘Two Spiders’; that was the one that shot me into the limelight. It was a 2014 flick.

Liposuction is trending. Is it something you might consider in the future?

No! Never! Can’t you see I am naturally endowed? My endowments are natural, please. I love myself so much that I won’t tamper with any part of my body because I am beautifully and wonderfully made (laughter).

What are your relationship goals?

I will only have time for those who have my time, no time wasting on unproductive relationships.

Do you believe in gender equality?

No! I don’t because God patterned it such that man is superior to woman.

What is your position on this trending DNA test thing that has been rocking marriages of late?

My position is that every doubting man should go ahead and conduct a DNA test if he can afford it. However, he can still father such kids if they turn out not to be his.

Would you advise men to do DNA immediately after a child is born?

Yes, I would and the reason is obvious. It will save the man the ‘wahala’ of spending so much to raise a child only to find out much later that he or she is not his.

How would you react if your hubby asks that the kids go for a DNA test?

I will be cool with his decision. I will only be worked up if I have some skeletons in my cupboard, you know (laughter).

On the romantic level, what kind of man would you not touch with a 10-foot pole?

I will never have anything to do with a man that is excessively possessive and one who is everywhere.

What is your advice for young women who run after sugar daddies for quick money?

My advice for them is they should take out time to develop themselves and make their own money. The time used in building those relationships with older men could be used to improve themselves.

What are the changes you expect to see in Nollywood in 2021?

I expect to see Nollywood movies rub shoulder up with Hollywood. We are getting there already; it is a gradual process.