A woman has talked about the rather strange thing her boyfriend did after they had s*x. 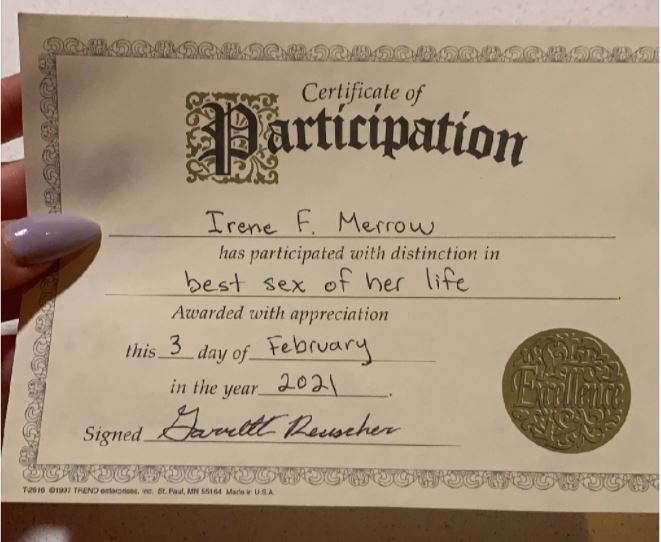 A startled woman has revealed she received a "Certificate of Participation " from her boyfriend immediately after sexual intercourse with him.

The woman identified as Irene Merrow shared a photo of the certificate with the caption: "My boyfriend handed me this immediately after sex. I am losing my mind. "

Her full name was written on the certificate awarded on Feb 3, 2021.

It reads: "Irene F. Merrow has participated with distinction in the best sex of her life. Awarded with appreciation on this 3 day of February in the year 2021." 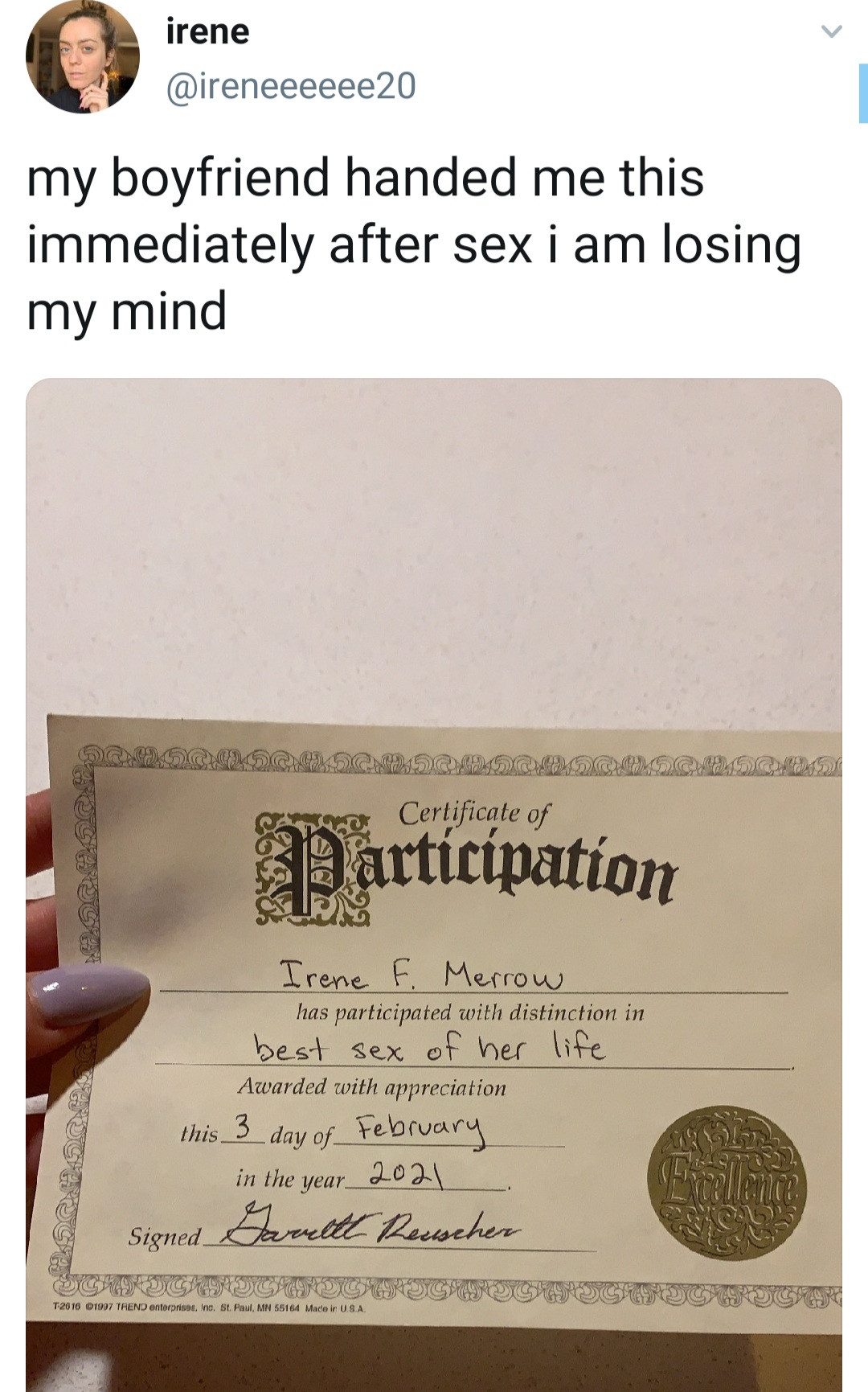