Security operatives have apprehended a gang of notorious kidnappers in a forest in Benin. 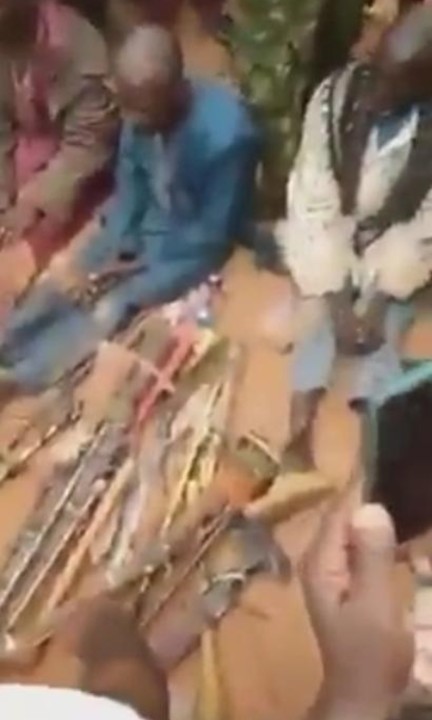 The kidnappers after they were arrested
Some kidnappers hiding in Benin forest have been apprehended.
It was gathered that the criminals were caught on Monday 8th February in Benin City Forests.
Reports has it that one of them came to town to buy food to feed their victims.
The youths became suspicious of the large quantity of the food, mobilised soldiers to trail him.
He was later arrested alongside his gang members.
See video below:
Top Stories