According to him, insecurity should be resolved by political leaders, Governors don't have to disturb President Buhari for everything. 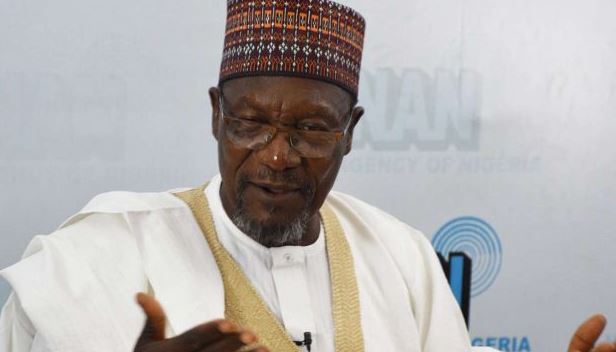 Yahaya Abdullahi, the Senate leader has told State Governors to look for other ways to tackle insecurity in their respective states rather than always going to the Presidency for solutions.

He also announced that Deputy Senate Leader, Ajayi Boroffice's motion on the incessant clashes between herders and farmers across the country, will be debated on the floor of the senate today February 9.

“These are issues that should be resolved at the local level either through dialogue anchored on the spirit of give and take.

“Whatever crises that are involved should be resolved by political leaders at appropriate levels be it, at the National Assembly, at the level of the governors, local government and even councillorship level where state actors are expected to sit down with their people so that a lot of these issues can be articulated and addressed by the local population.

“In fact, this is what the governors at their levels should do and not always running to the presidency to solve one dispute here and there.

“This is a federation and we’re all politically responsible leaders. I can assure you that in no distant time, these inter-communal conflagrations would be resolved.”

Abdullahi added that the criminalization of an ethnic group amid the clashes, need urgent intervention.

“These are kind of crises that must be addressed promptly and squarely in preventing ethnic entrepreneurs from hijacking the whole situation and putting the country in danger.

“There are existential issues that have set communities that have hitherto lived together peacefully, against each other either for political advantage or political matters."