The media personality replied the evangelist, saying that the feminist movement intends to give equal opportunities to both sexes. 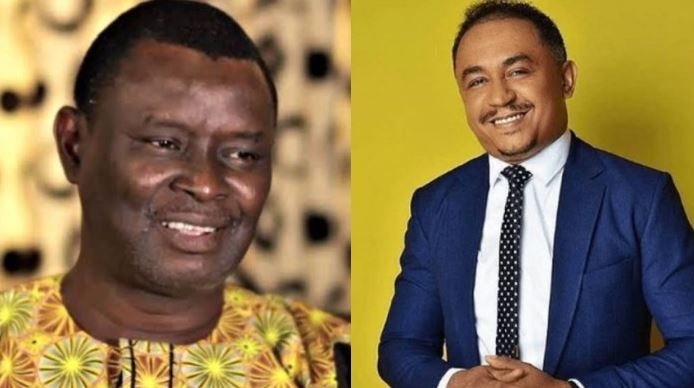 Mike Bamiloye said any foundation that questions the word of God is from the devil.

He added that some pastors' wives now identify as feminists and this threatens the foundation of ministries.

Responding, media personality, 'Daddy Freeze'  told him that the intention of the feminist movement is to give "equal opportunities to both sexes" and "true feminism seeks to fulfill God's word." 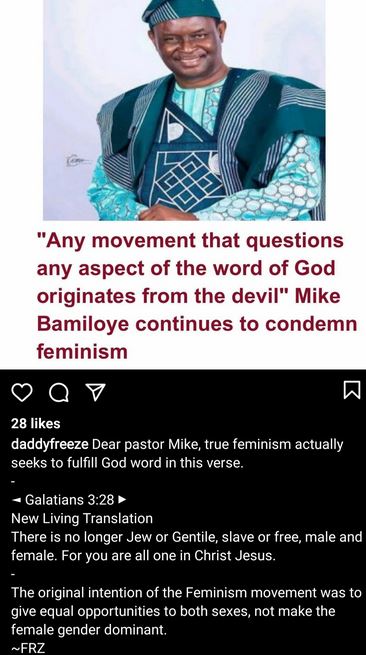