The 29-year-old Muhammed alleged on Facebook that Boko Haram Insurgents killed five soldiers and abducted many others leading to his arrest. 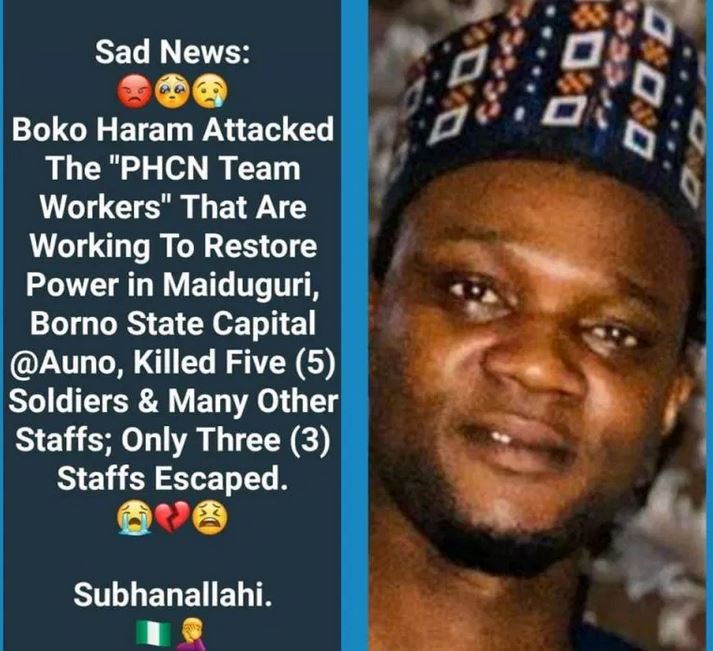 The Nigerian army has arrested Umar Muhammed, a member vigilance group helping the military to fight Boko Haram in Borno State popularly known as Civilian JTF for allegedly spreading information about alleged killing and abduction of soldiers by the insurgents on Facebook.

According to PRNigeria, 29-year-old Muhammed had in the post on his Facebook page alleged that Boko Haram fighters killed five soldiers and abducted many others when they were providing security cover for workers repairing electricity facilities along Maiduguri-Damaturu road last Monday.

He allegedly made the post on February 8, during an operational tour of troops’ locations in the theatre, by the new Chief of Army (COAS), Maj. Gen. Ibrahim Attahiru.

The Deputy Director, Army Public Relations, Colonel Ado Isa, had in an earlier statement, described the report as “fake and misleading.”

He said: “Contrary to the rumours making the round, nobody was attacked on Monday, as the road was cleared for the maiden visitation of the COAS, who came to see the troops of Special Army Super Camp, Ngamdu.

“No repair work was been carried out on the TCN facility, as the workers were asked not to go, because our troops who were supposed to provide them with escort, were busy preparing for the COAS visit.

“To this end, the Nigerian Army wishes to unequivocally state that the claims contained in the disjointed report on Nigerian Army troops are nothing but fake, malicious and frivolous.”

But PRNigeria quoted a military source as confirming that Muhammed, was subsequently identified as a Civilian JTF Member at Shehuri-North in Maiduguri Metropolitan Council and was arrested at his residence by security operatives.

It was gathered that the suspect claimed, during a preliminary investigation, that his account was hacked by anonymous persons to send the fake report.