Herdsmen Have Right to Carry Guns, Forest Belongs to Nobody - PDP Governor Declares


Fulani herdsmen carrying arms has been justified by the Governor of Bauchi state, Bala Mohammed. 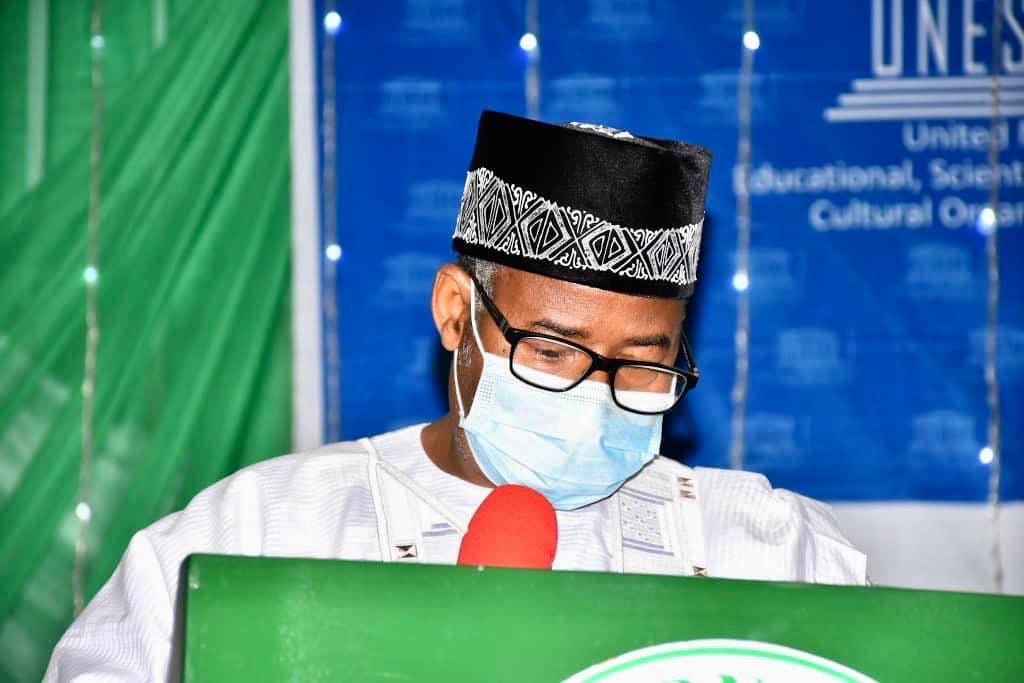 Governor Bala Mohammed
The Governor of Bauchi state has said that the forest belongs to nobody as he justified the herdsmen bearing firearms.
According to Governor Bala Mohammed, the herdsmen bearing arms are only protecting themselves against cattle rustlers who attack, kill and take away their possessions,TheNation reported.
The report revealed that the governor spoke as a special guest of honour at the launch of the inaugural edition of the Bauchi correspondents’ chapel of the Nigeria Union of Journalists (NUJ)’s magazine titled ‘Correspondents’ Watch” on Thursday, February 11.
It would be recalled a popular Yoruba rights activist, Sunday Adeyemo, well known as Sunday Igboho, had issued a quit notice to herdsmen accused of sundry crimes in the Ibarapa area of Oyo state and enforced same.
Reacting to the development, Mohammed said the herdsmen have the right to live anywhere as Nigerians, adding the forests where they graze their cows belong to nobody.
He said:
"The west doesn’t want to accommodate other tribes but we are accommodating your tribe in Bauchi. We have Yorubas who have stayed in Bauchi for over 150 years, some of them have been made permanent secretaries in Gombe, Bauchi and Borno.
"But because the Fulani man is practising the tradition of transhumans, pastoralism, he has been exposed to cattle rustlers who carry a gun, kill him and take away his cows he has no option to carry AK 47 because the government and the society are not protecting him. It’s the fault of the government.
”Nobody owns any forests in Nigeria, it’s owned by Nigeria. Under section 23, 24 and 25 of the constitution, every Nigerian is free to stay anywhere.
Anybody can speak how but we are only exercising restraint."
The governor, who slammed his Benue counterpart, Samuel Orthom for poor handling of farmers-herders clashes in his state said he was very wrong to incite other tribes against the herdsmen.
Top Stories