North West’s Painting Now Valued At £10,000 After Many Doubted She Did It Herself 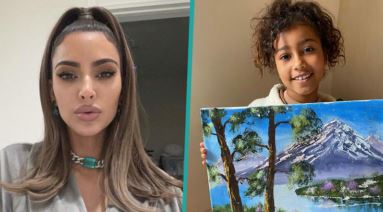 North West’s Painting Now Valued At £10,000 After Many Doubted She Did It Herself

Despite the controversy following North West's painting, it has now been valued at £10,000.

Earlier this month, Kim Kardashian shared the painting 7-year-old North West did at her painting class. However, people didn't believe Kim that her daughter did the painting by herself, leading to an online debate.

The mother of four later took to her Instagram stories to warn people not to mess with her children. She also revealed that her daughter has been taking a serious oil painting class. 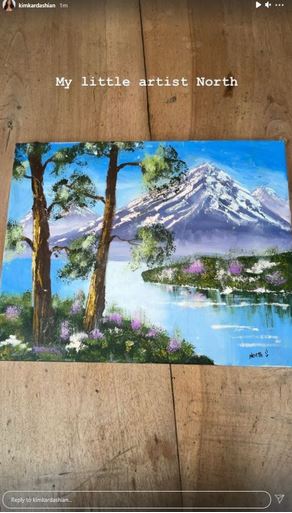 The valuation expert said: ‘Thanks to her mother’s enormous social media following and the controversy that surrounded the post, North West has created a painting that has become a cultural moment for 2021.

‘As an investment, we could estimate the painting to be worth up to £2,000, but may sell for a possible £10,000 in a gallery sale. But, as the artist’s work is untested on the market, it’s difficult to put an exact monetary value on its artistic merit or skill from just an Instagram post.

‘However, due to the high profile nature of the seven-year-old it could be worth considering as an investment piece for a future sale.

‘The grey area around whether or not North had help in creating the painting also adds to the mystery and notoriety of the work, and that in itself will elevate the appeal for a section of collectors.’

The expert from Ottocento added to Money.co.uk: ‘The ‘Kardashian Effect’ will surely increase the value of this piece, based upon clothing and items that were sold by North’s mother, Kim, including fashion items that sold for nearly 10 times the original price.

‘The quality of work may only be seen as a competent piece of art from the hands of an adult, but this painting could definitely be considered a masterpiece for one so young, which is part of the fascination around it. Assuming it is a unique piece, it’s clear that something like this could be a worthy investment for any celebrity memorabilia collector or art dealer.’