Monye was jailed on Monday by Justice Mahmood Abdulgafar of the state high court sitting in Ilorin, having found him guilty of the offences of romance fraud. 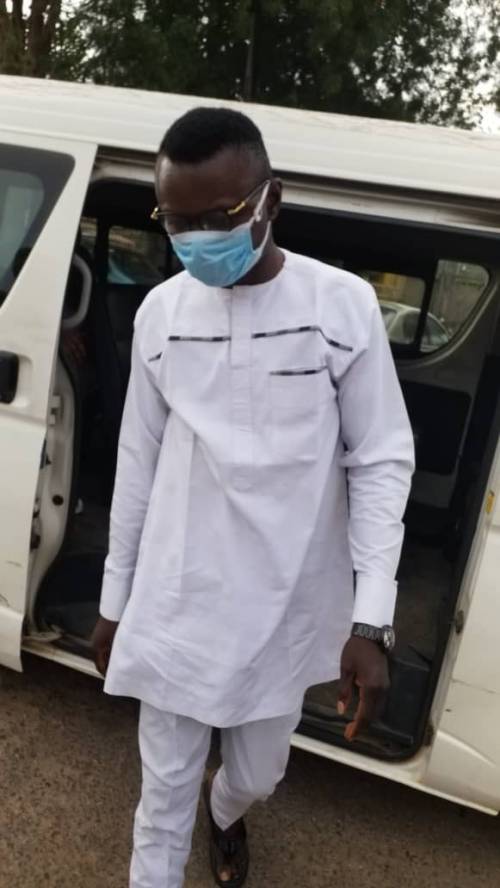 Kelvin Monye, a 34-year-old graduate, has been sentenced to prison.

The man was jailed for six months by a Kwara State High Court over offences bordering on romance scam.

Monye was jailed on Monday by Justice Mahmood Abdulgafar of the state high court sitting in Ilorin, having found him guilty of the offences of romance fraud.

According to the Economic and Financial Crimes Commission in a release, Monye, a graduate of Agricultural Science, was arraigned on two counts by the EFCC, Ilorin Zonal Office.

The EFCC said, "His problem started on January 12, 2021, when some concerned residents of the Tanke area in Ilorin petitioned the commission over the activities of some internet fraudsters around the neighbourhood. Investigations into the petition led to his arrest.

"Particulars of count 2 of the charge read, 'That you, Kelvin Isioma Monye (alias: Hassan George), sometime in the month of June 2018, in Ilorin within the jurisdiction of this Honourable Court, did cheat by personation, by portraying yourself as a white male named Hassan via your email address to one Louise Evan and induced her to send you $1, 000 in gift cards, a representation you knew to be false and thereby committed an offence contrary to and punishable under Section 324 of the Penal Code Law."

He pleaded guilty to the two counts.

While reviewing the facts of the case, Olasode Olumide, an operative of the EFCC told the court that Monye was arrested on January 13, 2021.

"He was profiled and in the process, an iPhone 6 and a Sony laptop were recovered from him," Olumide said.

The witness said several fraudulent documents were printed out from Monye's email address in the presence of his lawyer.

He stated that further findings showed that the defendant was a Nigerian, but claimed to be an American citizen.

The witness, however, informed the court that the defendant in the course of investigation brought a draft of N460,000 as restitution of his crime.

In his judgment, Justice Abdulgafar convicted and sentenced Monye to three months imprisonment on each of the two counts, adding that the sentences would run concurrently.

The judge also ordered that the iPhone 6 and Sony laptop which were used as instruments of the crime be forfeited to the Nigerian government, including the sum of N460,000 which he restituted.