I Was Pushed Down From My Two-storey Building, Lost My Brother, N60m To Shasha Market Crisis — Victim


The crisis started last Thursday following a clash between Yoruba and Hausa communities following a scuffle between a pregnant woman and a cart pusher in the market, which led to the death of a Yoruba man. 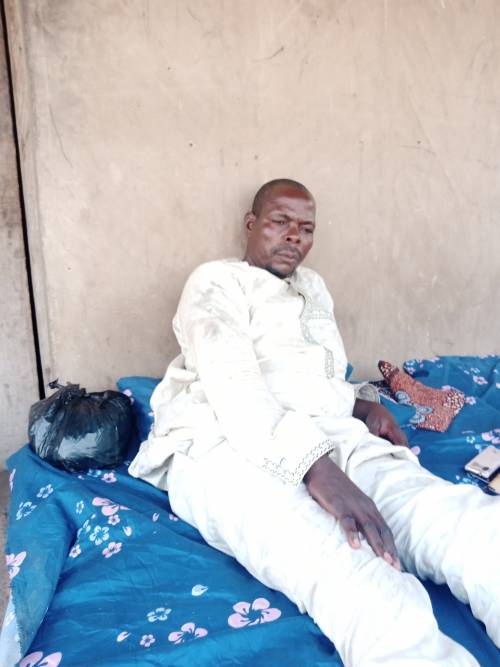 According to SaharaReporters, the crisis rocking Shasha market in Oyo state may be far from over.

Despite a peace meeting involving Governor Seyi Makinde of Oyo State, four northern governors, and the leadership of the troubled Shasha market in the Akinyele Local Government Area of the state, some angry youths still pushed down one Alhaji Garba Adamu from his two-storey building in the area.

SaharaReporters learnt that this happened on Tuesday after the peace meeting and that Adamu is in the transport business.

The crisis started last Thursday following a clash between Yoruba and Hausa communities following a scuffle between a pregnant woman and a cart pusher in the market, which led to the death of a Yoruba man.

SaharaReporters gathered that the Adamu visited one of his two burnt houses in Shasha after he was told that the governors had met with leaders of the community and agreed to toe the path of peace.

But unknowing to him, some hoodlums were still in the house.

The source said, "Garuba Adamu was about to leave the burnt house when journalists approached him to take them around the house, but while on the second floor of the house, hoodlums resurfaced from behind him and pushed him down."

Confirming the incident to SaharaReporters on the phone, Adamu said, "Yes, it is true. I am the most unfortunate man in the incident. I lost my brother to the crisis. My brother left behind a wife and four children. He was killed. I lost more than N60 million because I had many trucks bringing perishable goods from the North to the South. My two houses in Shasa were burnt down.

"I have a store where I loaded 420 bags of rice, beans, corn, and other valuables. They were destroyed. They have killed me alive. I just returned from the hospital now."

Another victim, Bashiru Usman, told SaharaReporters that the leadership of the market should not be exonerated from the crisis that rocked the market.

Usman who claimed to have lost goods worth over N800,000 to the crisis said many of the leaders in the community were indulging thieves who are not Hausa in the market.

He said whenever those people committed crimes and were arrested, the leaders would secure their release from police, which according to him, had angered the Hausa Community.

Usman said such actions made the Hausa community support the man who had a scuffle with the pregnant Yoruba woman last Thursday, leading to the crisis.

He said, "Baale and other community leaders, including our Seriki should be blamed for all these things that are happening in the market. Baale held a meeting with some people who were not really part of us in the market; they were strangers.

"That usually annoyed our people and that was why our people also supported the guy that was alleged to have pushed the pregnant woman.

"On the guy that caused the problem, the woman had stressed that guy because of N100 and the guy complained that he could not go to another destination. The Hausa guy now said even if it was N50, he would take it because he would not go any further. He said he had arrived at the point where they had agreed that he should take her goods to when he hired him. The boy insisted that he would not release her goods to her until she paid him. That was when the cobbler came and beat the Hausa man."