God Made My Net Worth of Over N3.7Billion Possible - Nigerian Rapper, Yung6ix


Nigerian singer who is now based in the United States, Yung6ix has opened up on his net worth. 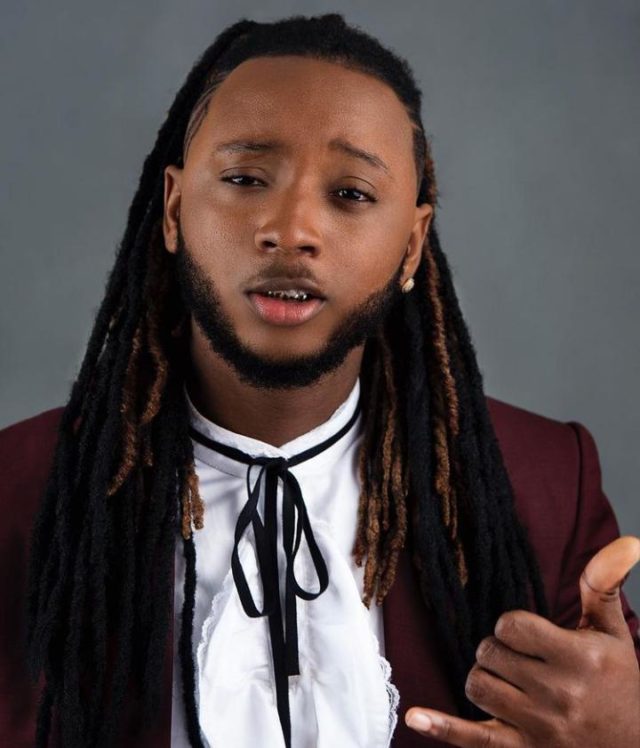 Yung6ix
A Nigerian musician has admitted that his net worth is currently over N3.7 billion.
Speaking recently, Yung6ix who is now based in the United States said this was made possible by God.
The rapper disclosed this in a recent question and answer session he had with his fans via his official Instagram page.
During the interactive media session with his followers, a fan asked Ying6ix how he was able to garner a net worth of over ₦3.7Billion.
The fan asked; “Google recorded that your net worth is ₦3.7Billion, you made all this through music alone 6ix?”
Admitting to the claim that he has over ₦3.7Billion, the rapper simply replied the curios fan thus, “God made it not me.”
See their exchange below: 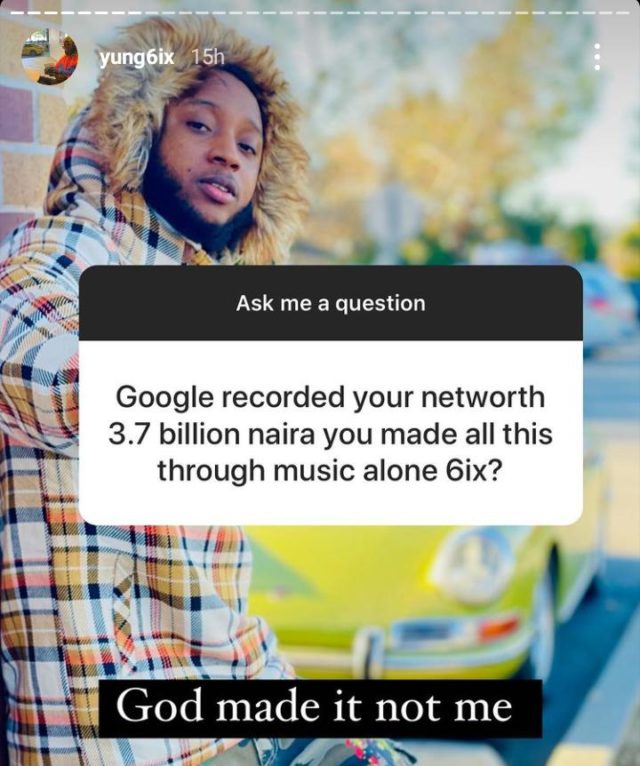