Inuwa Yahaya has been reportedly delaying issuing the chosen candidate's letter because he is against his emergence, being a Christian while Yahaya is a Muslim. 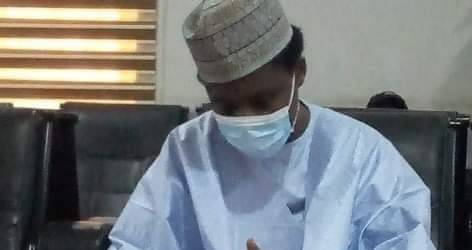 According to a report by SaharaReporters, there have been protests in Kaltungo, Shongom, and Billiri areas of Gombe State, recently.

There were protests after the newly selected ruler, Mai Tangale, Dr Musa Maiyamba, was not given his appointment letter and sworn in by the state government.

SaharaReporters learnt that the state governor, Inuwa Yahaya, has been delaying issuing the chosen candidate's letter because he is against his emergence, being a Christian while Yahaya is a Muslim.

SaharaReporters learnt that the issue may cause a religious crisis in the area as Billiri is a Christian community and the kingmakers selected Maiyamba to lead them after the demise of the late Mai Tangale.

A top source said the selection among the potential rulers was suspended three times and in the fourth time, Maiyamba still won.

“The two other contestants got two votes each while Maiyamba had five votes when the kingmakers cast their votes. For many days after the election, no reason was given by the governor of Gombe State as regards why the state government refused to give Maiyamba his appointment letter.

“What we hear is that the governor doesn't like him and prefers a Muslim candidate. For people that travelled by road from Yola, Adamawa State, to Gombe, there was no movement on the federal road as women were seen protesting peacefully. The Kaltungo, Shongom, and Billiri areas are presently tensed,” the source said.

“We are all northerners with the freedom to be treated as equals. What gives us peace and unity is equal justice. We need peace and justice.

“People who know Dr Musa Idris Maiyamba know that he doesn't deserve this. Governor Yahaya should not deny Northern Nigeria the kind of good leaders we deserve in the name of perceived sentiments. Dr Musa is a medical doctor, a born prince, peaceful, respectful, and accommodating.

“We call on all people of truth, love, and justice to call on the governor to respect the wishes and decisions of the Tangale people. He should not allow the fragile north to continue to disunite based on our differences. Rather, he should obey the principles of justice,” another leader in the community said.