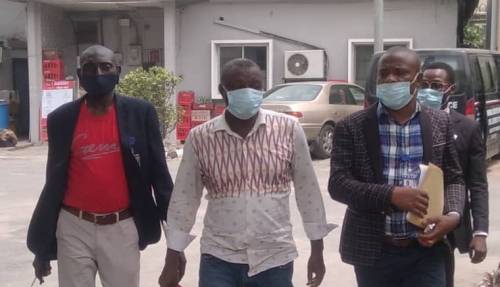 Chidi Nwanyanwu, a businessman, has been remanded in police custody by the Federal High Court in Lagos, SaharaReporters reports.

The man has been charged with adulteration of engine oil and inscribing forged Standard Organisation of Nigeria (SON) logos on the product.

In four counts, SON accused the defendants of dealing in adulterated engine oil, non-compliance with its Conformity Assessment Programme and forging of the the agency’s logo, mark of quality and certification number.

Their counsel, Uchenna Umoneke, informed the court that his client's bail motion had been filed and served on the prosecution.

Olofindare did not oppose the application.

But he alleged that Nwanyanwu had been evasive since 2016 and had dishonoured all of the SON’s invitations for a meeting on how to find a remedy for the problems created by his products.

Following the allegation, Umoneke prayed for a short date to enable him to file a further and better affidavit for Nwanyanwu’s bail.

Granting his prayer, Justice Onyetenu, adjourned till March 10, 2021, for hearing of the defendant's bail application.