Nigerian reality star, Erica has reacted after a comedian tattooed her name on his body. 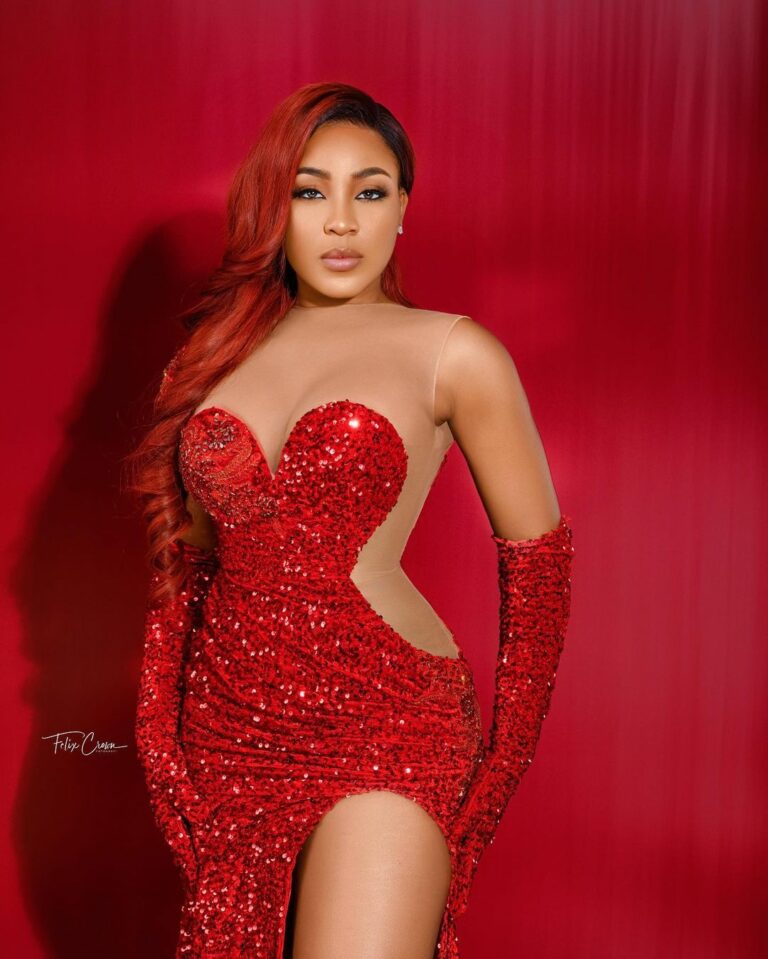 Erica
A comedian has shocked reality TV star, Erica Nlewedin by drawing her name on his body.
However, she later found out that the tattoo is fake.
Femi had taken to his Instagram page to share a poorly edited photo of the name “ERICA NLEWEDIN” boldly written on his arm.
The comedian’s post follows the current trend of staunch fans inking the name of photo of their favourite celebrities on their bodies. Some fans have been fortunate enough to be rewarded for their actions.
Femi shared the photo and wrote, “I’m not asking for much its only fans love. I did it for fans love”. 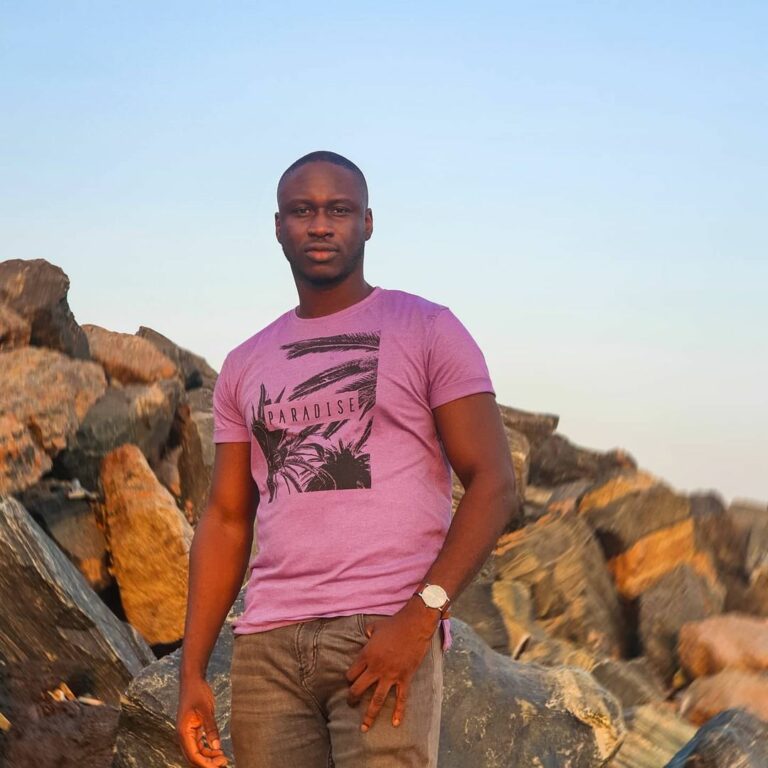 The post caught the attention of the former BBNaija housemate who told him to send his account details for the reward of N1 million.
Erica commented, “one million naira for you! Dm your account details”.
In reaction to Erica’s sarcastic request, Femi stormed her DM with his account details while commending the star for being the best.
To his utmost shock, Erica asked for a video evidence of the tattooing process so she can equally reward the tattoo artist. Knowing fully well that it was all joke, Femi humbly backed out of the conversation.
Read their conversation below: 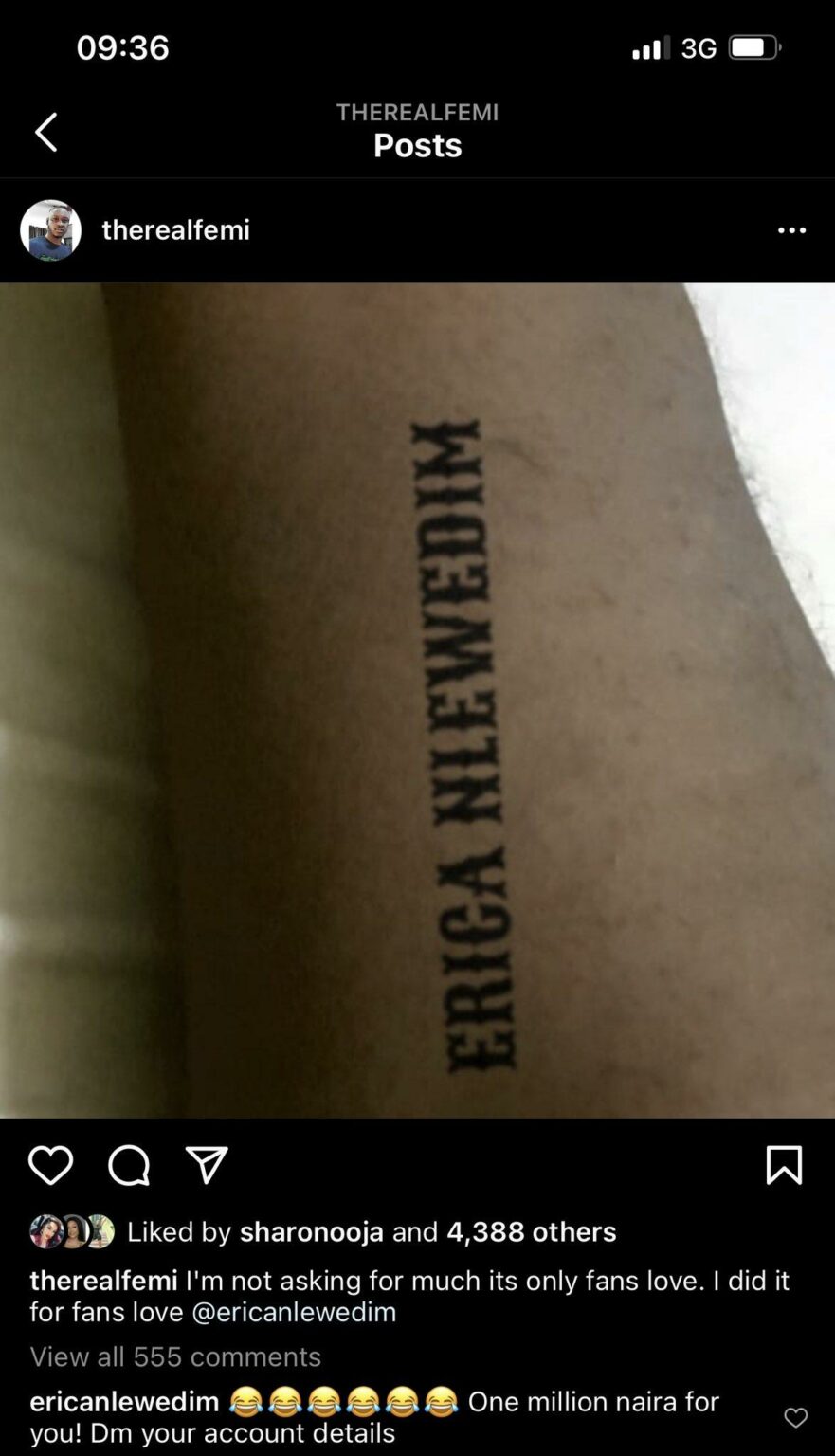