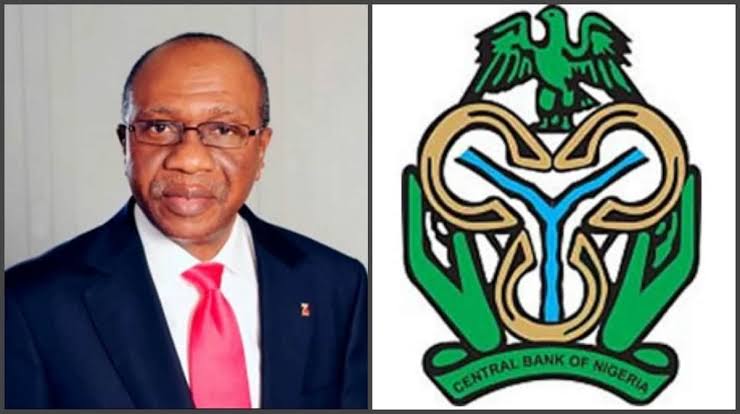 Godwin Emefiele, the Central Bank of Nigeria (CBN) Governor is under fire for making some comments on Cryptocurrency.

The CBN Governor described Cryptocurrency as money created out of ‘thin air’ and this has elicited a flurry of reactions especially on social media.

Emefiele, while briefing a joint Senate Committee on Banking, Insurance and Other Financial Institutions; ICT and Cybercrime; and Capital Market, stated that cryptocurrency is used to describe the “activities of players in an electronic dark world”

In the now-viral video sighted by The Nation, Emefiele said: “Cryptocurrency is an electronic or digital currency that is issued by largely unknown, unregulated elements using computer codes that are basically meant to encrypt or hide information about the transactions and the operators…

“And in the sense, it is money that is created out of thin air…

“…cryptocurrency is used to describe the activities of players in an electronic dark world, where transactions are extremely opaque, they are black; they are not white, they are not visible and they are not transparent.

“In another parlance, these are people who deal in transactions that not only do not want a trail but indeed by its nature cannot be trailed. I’m sure that these definitions are scary enough to create anxiety for any regulator or central bank in any part of the world.”

The order was contained in a circular to banks and other financial institutions.

Nigerians, especially youths, who were displeased with the CBN Governor’s description of cryptocurrency took to social media to berate him.

Terkuma Iorjaah said: “So Emefiele the CBN Governor thinks Cryptocurrency is created from thin air by people of the dark world? Is this man dragging the GOAT position with Bubu in cluelessness?

Enachioke Crown said: “CBN Governor went all voodoo about crypto currency because he knows Nigerians can be religious extremists, so he wants to push a 666 narrative to get some people on his side. Our government can be childishly manipulative, its embarrassing to se

Azeez Olajide said: “Emefiele, a whole CBN Governor thinks Cryptocurrency is created from thin air by people of the dark world. And the idea of it being decentralized doesn’t make it ideal to use. Until we start putting those with FUTURE visions on sit, this country will keep retrogressing

Ọlámidé Ọmọreghà said: “The CBN governor doesn’t even understand what cryptocurrency is, that’s why he is reading the definition from a book.

@Honipsdigitals said: “CBN Governor (Godwin Emefiele) is obviously a liar & manipulator trying to use his “dark world/666 currency/Religion” speech to deceive himself.

“He’s expanding the scope of the ban to target people using BTC or other cryptos since they’re no longer benefiting in the Capital market.”

@billotwip said: “Someone should educate the CBN governor, Cryptocurrency is more transparent than CBN itself and other banks.

“They printed 10trillion naira to fund the failing economy yet he said crypto is out from thin air. His script reading was a total embarrassment.”

Obasooto Segun said: “Everything that is working fine now was criticized at one point in time. The CBN governor’s criticism is based on his lack of understanding the dynamics of cryptocurrency. Rather than insult him we should just tell him to do his homework properly without rushing to conclusion.”

@ObongRoviel said: “That CBN Governor is very unintelligent..From that his speech you can see why our economy is where it is right now..He couldn’t even use Google to carry out his research on Cryptocurrency he just read everything from Jehovah witness manual”

@firstdoctorr said: “In 2021, USA & China are the world’s top economies. Americans own Coinbase. Chinese own Binance. Both cryptocurrencies.

“But a CBN governor wants to ban cryptocurrency transactions in Nigeria because he thinks it’s money created out of “thin air”. Don’t kill your crypto startups pls!”

Nedu Ekeke said: “That man in that video is our country’s CBN governor. That explains why he takes orders from a president who knows absolutely nothing, except nepotism, of course.”