The life of a pastor abducted by terrorists is on the life after they gave FG one week to negotiate his release. 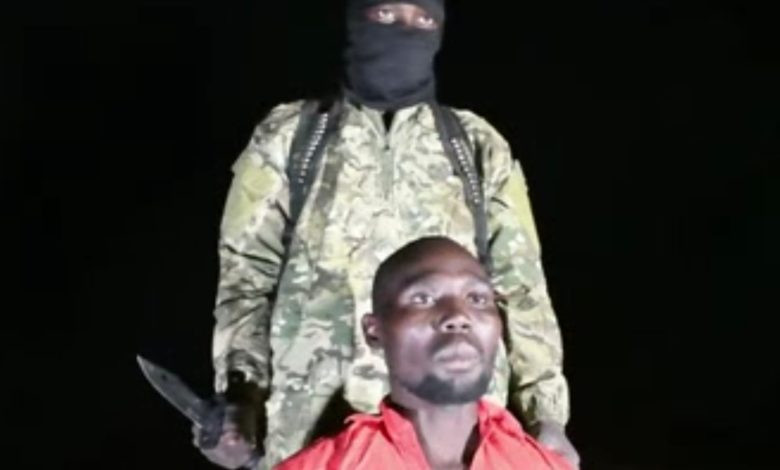 Pastor Bulus
The federal governemnt has been given one-week to get a pastor abducted by Boko Haram terrorists out of captivity.
The Abubakar Shekau-led faction of the terror group Boko Haram gave the ultimatum as the pastor, Bulus Yakuru has been in the custody of the terrorists since Christmas eve when he was abducted from Borno State.
The terrorists threatened to kill him if the FG fails to come to his rescue.
The Pastor was abducted in an attack in which about seven people were killed at Pemi village of Borno state on December 24, 2020.  Hum Angle reported that Pemi is located approximately 20 kilometres from Chibok, where Boko Haram insurgents had abducted hundreds of schoolgirls.
The pastor had previously appeared in two Boko Haram videos days after the abduction in December and early January 2021, where he also pleaded for Nigerian President Muhammadu Buhari’s intervention, Babagana Zulum, Governor of Borno State and church leaders to rescue him.
In a new video, Pastor Yakuru identified himself and pleaded with Nigeria’s President, Borno State Governor and the Christian Association of Nigeria (CAN), the umbrella body of Christians in the country, to intervene and secure his release.
While one of the terrorists stood behind him with a knife, the Pastor revealed that he was given a one-week ultimatum by his abductors which will end on Wednesday March 3.
Yakuru said;
“I’m calling on President Muhammadu Buhari and the Governor of Borno to help me because I have been given a one-week ultimatum today, Feb. 24.
“If you want me alive, I beg you in your capacity as President, the governor and our local government chairman to save me from this suffering.
“I’m calling on the EYN Church of the Brethren President to intervene and secure my release. Please pray for me.
“Today is the last day I will have the opportunity to call on you in your capacity as my parents and relatives in the country. Anyone who has the intention should help and save me. Please release me from this pain.”
In Jan. 2020, Boko Haram killed Reverend Lawan Andimi, the district chairman of the Church of the Brethren in Nigeria (EYN) in Michika, Adamawa State.
Top Stories