The suspect was found guilty of the one-count charge brought against him by the Benin Zonal Office of the Economic and Financial Crimes Commission, EFCC. 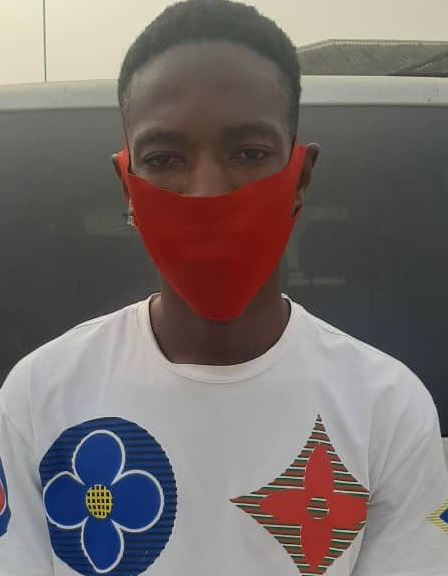 A Federal High Court sitting in Warri has sentenced a man to two years imprisonment for impersonation and attempting to obtain by false pretence.

Mr. Emeka Roland was sentenced on Thursday, February 25, after Justice Emeka Nwite found him guilty of the one-count charge brought against him by the Benin Zonal Office of the Economic and Financial Crimes Commission, EFCC.

The charge against the defendant reads: "That you Emeka Roland (a.k.a James Muth) sometimes in 2020 at Agbor, Delta State within the jurisdiction of this Honourable Court did had in your possession an iPhone 6s plus mobile phone containing some scammed documents with different subjects which you knew to be false and thereby committed an offence contrary to Section 6 and 8(b) of the Advance Fee Fraud and Other Fraud Related Offences Act 2006 and punishable under Section 1(3)of same Act”.

Upon arraignment, the defendant pleaded guilty to the charge. His counsel, John Okhuihievbe pleaded with the Court to temper justice with mercy as the defendant was a first-time offender and has become remorseful.

Justice Nwite convicted and sentenced the defendant to two years imprisonment with an option of a fine of N100,000. The defendant is also to undertake in writing to be of good behaviour afterwards.