The President of the Conference, Reverend Philip Naameh, accused the LGBTQ+ community of using the centre to try to lure in youths before it was shut down. 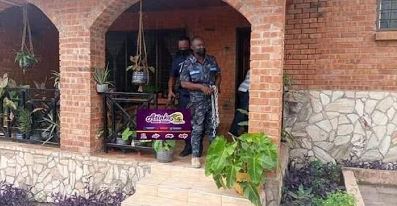 Security operatives in Ghana have shut down the office of an organisation that supports the LGBTQI+ community.

“This morning, our centre was invaded by National Security. To this day, we no longer have access to this space, and our safety is threatened,” the LGBT+ Rights Ghana group announced via its Twitter handle.

The rights group has called on human rights organisations to speak up and condemn the attacks against it.

The centre was launched and opened on January 31 in a ceremony that received a European Union delegation and other foreign embassies.

It has faced opposition from the church groups, politicians, and anti-gay rights organisations that demanded that the government shut the centre down, arrest, and prosecute those involved.

The Ghana Catholic Bishops Conference asked that the EU not impose their values and beliefs on Ghanaians, saying it was against homosexuality.

The President of the Conference, Reverend Philip Naameh, accused the LGBTQ+ community of using the centre to try to lure in youths.

In Ghana, same-sex relations are criminalised, and queer people face up to three years in jail.