The suspects have been handed over to the Special Weapons and Tactics Unit (SWAT) of the Nigeria Police Force, Bayelsa State Command for further investigation and prosecution. 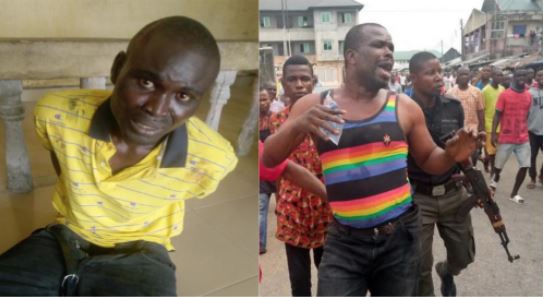 Two alleged kidnappers, who held one Mrs. Judith Adoga at gunpoint and forced her to different ATM points within Yenagoa metropolis where they withdrew an undisclosed amount of money from her account have been arrested by the Bayelsa State Vigilante Force on Thursday.

According to Adoga, who is a staff member of the Ministry for Budget and Economic Planning, she was going to drop off her friend along Imgbi Road, Amarata, when four kidnappers took her at gunpoint.

She said they disguised as state environmental officials.

She said, "After I left work, my friend pleaded with me to drop her off at Imgbi Road. When we got to Imgbi Roundabout and my friend got down from my car, four men surrounded my car, saying they were officials of the environmental sanitation authority. Then they entered my car, pointed their guns at me, and asked me to drive.

"They forced me to give them my ATM card and take them to different ATM points where they withdrew all the money in my account. Afterwards, they called my family members with my phone, demanding money that would serve as a ransom for my release.

"So, it was at that point one my relations called the Chairman of the Bayelsa Vigilante Force, who mobilised his men and rescued me from my abductors."

Confirming the incident, the Chairman of the Bayelsa Vigilante Force, Doubiye Alagba, and his Secretary, Innocent Kaliango, said when they got the distress call from a family member of the victim, they quickly mobilised their team and tracked the kidnappers to Tamic Road, Okutukutu, where two of the abductors were arrested while the other two escaped.

Speaking further, he said, "This operation wouldn't have been successful without information from the members of the public.

Meanwhile, the suspects have been handed over to the Special Weapons and Tactics Unit (SWAT) of the Nigeria Police Force, Bayelsa State Command for further investigation and prosecution.