Investigation by Vanguard yesterday around the school alleged that the diseased could not cope up with it. 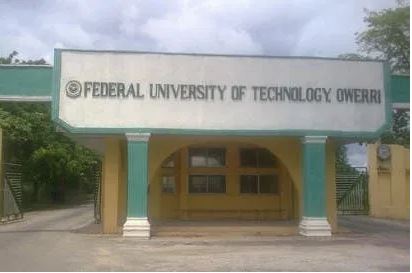 More details have emerged about why a first year student of the Federal University of Technology Owerri, FUTO, may have killed himself.

The cause of the death of the student whose name was given as Daniel Uchenna Nwafor, of the department of Chemistry, who allegedly hung himself to death is suspected to be health challenges of the ear as said be in the note he dropped before taken his life.

Investigation by Vanguard yesterday around the school alleged that the diseased could not cope up with it.

A source from the scene of the incident, said: “On that day it happened all of us went there and saw it we even saw the note which he directed to the mother. The mother came and from what I observed from the note, it was an issue of health that has to do with “ear challenges” and that he can’t cope up with it,  you know in this case the mother may not really open up.”

Another source told Vanguard that, “His complaining seriously among so many things and one of them is his health challenges however, if people are already saying that the boy took his as a result of ear disease may not be too far from the truth.”

When Vanguard called the Public Relations Officer, PRO, FUTO, Uche Nwaelue, to confirm if actually it was as a result of ear disease that Nwafor took his life, she said that, “I have called the President of the Student Union Government, SUG, of the institution to brief me what really happened and I am waiting for him as soon as I got it I will let you.”

It should be recalled that on Tuesday, Vanguard had reported that Nwafor, had taken his own life. It went further to be confirmed by the State Police Public Relations Officer, PPRO, Orlando Ikeokwu, who said: “I can confirm the report to be true. It happened and the body has been taken to the mortuary.”