A Catholic lector and six others have been brutally murdered by bandits in Kaduna state. 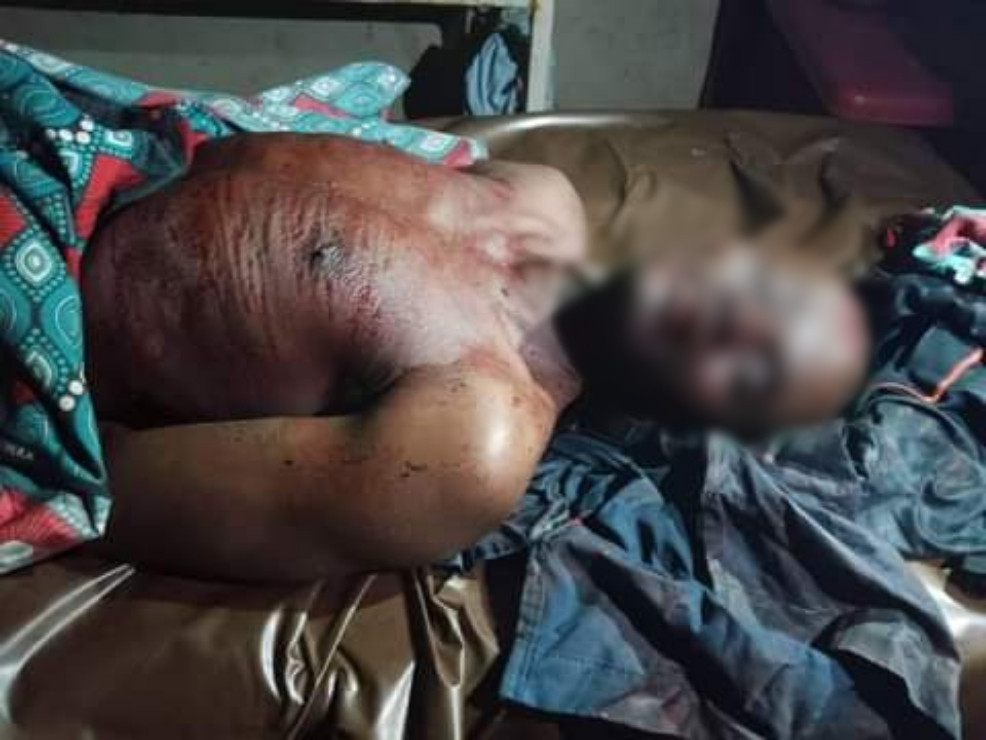 Catholic lector killed in Kaduna state
Seven persons including a Catholic lector have been attacked and killed by armed bandits in Igabi and Kajuru local government areas of Kaduna State.
The State Commissioner for Internal Security and Home Affair.s, Samuel Aruwan, who confirmed the incidents in a statement on Sunday February 28, said bandits attacked Kajinjiri village in Igabi and killed two residents identified as Ibrahim Rabi'u and Abdulrahman Mohammad.
One person, Kamal Murtala, sustained gunshot injuries, and is receiving treatment at a nearby facility.
Similarly, in Rago village also of Igabi local government area, bandits killed two locals identified as Alhaji Ibrahim Iro and Muhammadu Rabiu.
In a separate incident, gunmen invaded Kutura station, Kajuru local government area and killed three residents identified as Michael Shadari, Danlami Shaban and a Catholic lector, Clement Aura Bili.
He said Governor Nasir El-Rufai expressed sadness at the incidents and condoled the families of those killed in both attacks, while offering prayers for the repose of their souls. He also wished the injured victim from Kajinjiri village a quick recovery.
Sharing a photo of one of those killed, Michael Sabastine wrote on Facebook;
"What a black Saturday Bandit killed three people from kutura station,kidnapped others.1,Michael S Wali.2.Clement Auta.3.Danladi Shaaban.confirmed death.may their soul rest in peace." 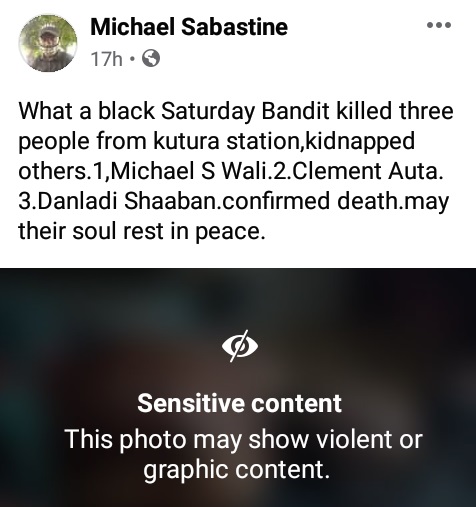