Nigerian reality star, Kiddwaya has said he was not affected by Erica's fans who dragged him for breaking up with the actress. 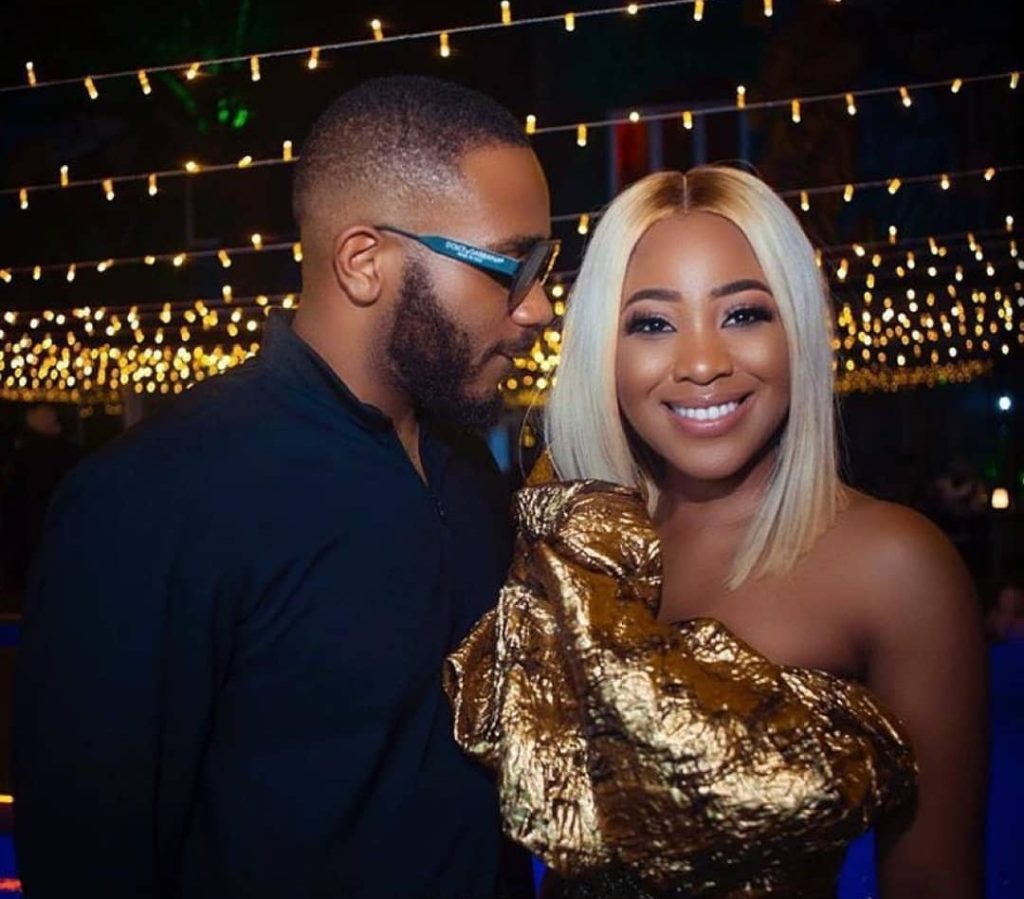 Kiddwaya and Erica
BBNaija star, Kiddwaya, has revealed what kept him going after being attacked by fans of Erica because he broke up with her.
The pair began their relationship at the Big Brother Naija Season 5 also known as Big Brother Naija: Lockdown edition.
During a Live interview session with PUNCH, Kiddwaya said that at the point when people were bashing him over the break-up with Erica, he was focused on building his brand.
He said, “I was focused on building my brand. I posted a message I got from one of her fans to let people know that people are pained about something. I put a caption, ‘is it what it has come to now?’
“They need someone to focus their pain on and I understand that I can be their scapegoat. I am the person that they look at and say, ‘Why is Kidd doing so well?’ ‘Why is Kidd so happy?’ ’I don’t like the fact that he is happy’; so, of course, they direct their pain at me. The same way they direct their pain at David or other celebrities.
“I understand it comes with the package of being in the industry. As a matter of fact, it is not only celebrities that get attacked, it is anyone that is successful or people that are genuinely happy with their lives that get bashed by people that are not happy with their lives.”
Kiddwaya stated that the online bashing did not affect him then because he was really focused on building his brand and his fan base across the globe, according to what he promised them.
“I promised them that I will take the brand global. I don’t have time to be listening to trolls or letting them get to me. It is not something that is a necessity in my life; it did not take food away from my stomach, it did not take air away from my lungs, it did not take happiness away from my soul. It doesn’t get to me”, he added.
When asked about the reason behind their break-up, Kiddwaya simply said, “Honestly, in this interview, I am definitely not providing anything that has to do with my relationship because right now, I don’t want the item to be about that.
“I have achieved so much from the Big Brother house up till this point that I actually want to focus on the milestone that I have hit. I don’t want to create a situation where everyone is talking about my relationship. It will take away from this amazing interview that we are having. When it comes to relationships, I will not answer it respectfully.”
Despite the online attacks he has faced ever since he came to the public glare through the Big Brother Naija reality show, Kiddwaya stated that he had no regret competing in the 2020 edition of the show.
According to him, he can never regret contesting at the Big Brother Naija reality show because of the opportunity the platform has given him to help billions of people and to make them happy and smile.
“With the platform, I have been able to inspire like-minded people to go into the show to do what I did and exceed what I have done. There is no way that I can regret it. I am very grateful to DSTV and Multichoice,” Kiddwaya said.
Top Stories