A student of the Government Girls Secondary School, Jangebe has revealed what she and others passed through in the hands of their abductors. 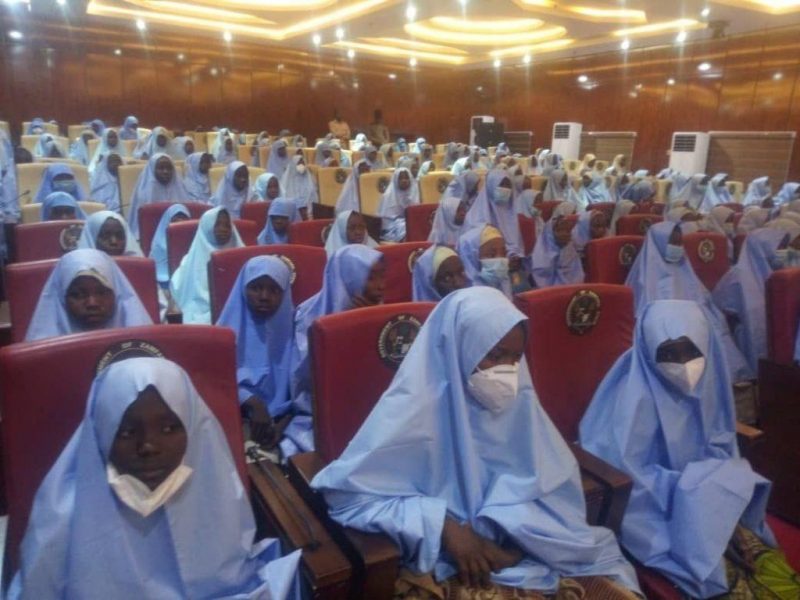 Government Girls Secondary School, Jangebe students released
Bandits who abducted schoolgirls of Zamfara Government Girls Secondary School, Jangebe threatened to kill and eat them.
According to NAN, a student of the school revealed this after they were released.
Hafsat Anka stated that they trekked over a long distance from the school, had a stopover for some hours before they reached their destination.
“There was no clean water or good food, and we felt we had already spent years even though it was our first day and the bandits kept firing into the air to scare us.
“They were very young boys with one elder they called Kasalle or Yaya who gave them instructions, and he was the one that stopped them from touching any of us,” Hafsat stated.
According to her, the bandits wore military uniforms and claimed they defeated the security officials by invading the school and successfully whisking the girls away.
Hafsat, who said she was happy for being rescued, pointed out that she would continue her studies but as a day student.
Top Stories