Governor of the Zamfara has opened up following the federal government's decision to place a no-fly zone in the state. 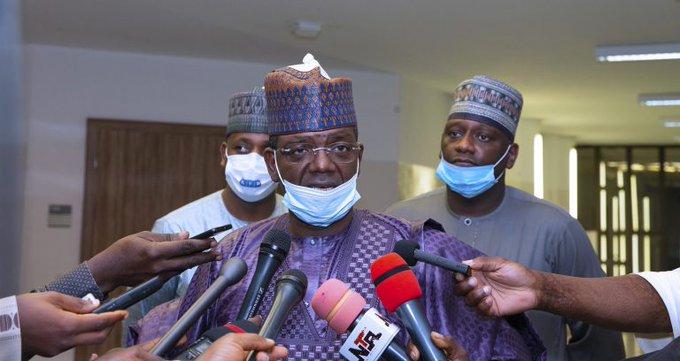 Governor Matawalle
The decision by the federal government to declare no-fly zone in Zamfara has gotten the reaction of the state Governor, Bello Matawalle.
The National Security Adviser, Major-General Babagana Monguno (rtd) had disclosed FG's decision at the end of National Security Council meeting on Tuesday.
Monguno also announced that the federal government had banned mining activities in the state.
He said the actions were taken as a result of the high level of insecurity in the state.
But reacting to the development when Kayode Fayemi, chairman of the Nigerian Governors’ Forum (NGF), visited him on Tuesday, Matawalle said he is not sure the federal government understands the situation.
“It seems the security council doesn’t understand where the nature of the security problems in Zamfara state but if they decided to take such action let them go ahead.
“I’m not afraid of any body and the problem of insecurity in the state predated my administration.
“Nigerians are waiting to see the outcome of the security council resolution to see if these bandits would be crushed. If the federal government fails to crush them after this resolution, then Nigerians will understand that they only sat and serve themselves tea, nothing more,” he said.
He said he had started investigating those behind the abduction of students of Government Girls Secondary School, Jengebe, Zamfara.
On his part, Fayemi said the federal and state authorities must work hard to put an end to the spate of kidnapping in the country.
Governor Atiku Bagudu of Kebbi accompanied Fayemi on the visit.
Top Stories