A young Nigerian man os 25 has been declared missing in faraway Canada by the police. 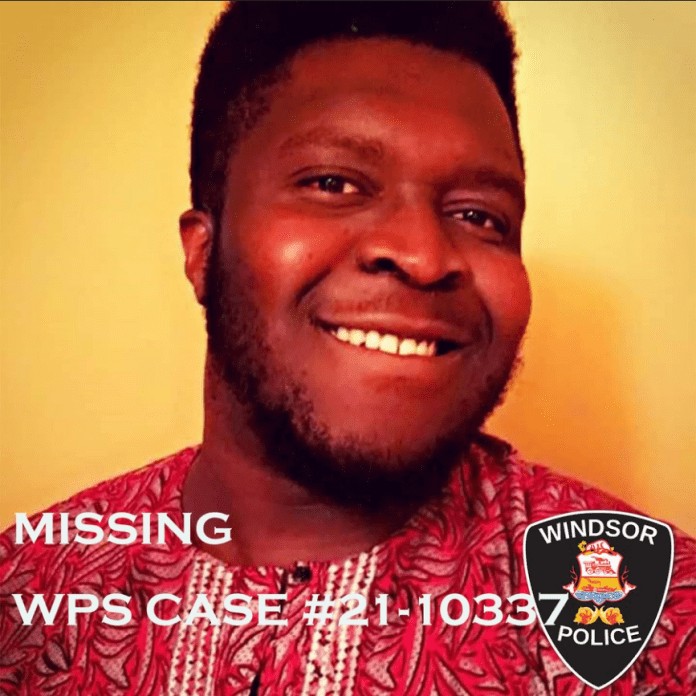 Oyebode
A 25-year-old Nigerian man has gone missing in Canada, this is according to the Windsor Police Service.
Oyebode Oyenuga was last seen on Tuesday, February 2, 2021, in Windsor. He was driving a 2015 white BMW with the license plate CRNW931.
The Major Crime Unit is actively investigating his disappearance and is concerned for his safety.
Oyenuga is described as a Black man between 5’11” to 6′ with a stocky build, weighing approximately 260 lbs.
Top Stories