It was gathered that officials of the orphanage told her family to forget the child because he had already been given out. 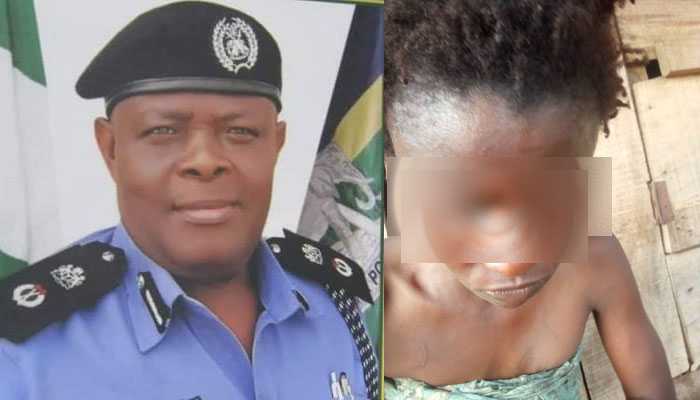 The story has been told of Funke Olajide, a mentally ill woman whose baby disappeared from an orphanage in Ondo State.

According to The PUNCH, after eight years of search, the family of Funke Olajide were excited to reunite with her in January 2021, when someone informed them of her whereabouts in Ofoso community, Ondo State, where she wandered to from Lagos, after suffering from mental illness.

But her family has been thrown into another round of search after learning that a child she gave birth to during the period disappeared from the Ondo State Orphanage Home, Okure.

PUNCH Metro gathered that officials of the orphanage told her family to forget the child because he had already been given out.

Funke’s brother, Olusegun, claimed that a senior official of the home told them the child was “sold”, so he would not starve to death after the government stopped funding the orphanage in October 2020.

Olusegun said although his sister was recovering from insanity, she had continued to ask for her son.

He said, “About eight years ago, she went to the Cherubim and Seraphim Church at Olodi Apapa, Lagos. While everybody returned home, we did not see her. We reported at a police station and visited many churches and prayer houses all to no avail.

“After two years, some people said they sighted her in Oyo State. My mum went to look for her, but returned to Lagos empty-handed.

“However, a former co-tenant of my mother, who is an interstate driver, parked his vehicle to eat by the roadside in Ofoso, Ondo. He said Funke called his name and everybody around there was surprised. He informed them that her relatives had been looking for her. The man later contacted our family.”

Olusegun, who works with the Lagos State Waste Management Authority, said in January 2021, he visited the community with photos and documents to prove Funke was his family member.

He claimed to have met the Divisional Police Station in the area, the traditional ruler of the community and a trader who had been taking care of his sister.

“I went to the palace and showed the king the pictures. The monarch was happy and told us some people had been extorting money from him, claiming they could find her relatives.

“I was asked to write a letter to show when we would come for the baby, who was at a motherless baby home in Akure. We said we would do that on a later date and we needed to take her back to Lagos first,” he added.

Olusegun said the family after three days of preparation returned to the community to take Funke away.

According to him, after a few weeks, his sister’s health improved but she started asking for her son.

The brother said in early February 2021, he returned to Ondo State to take the child, adding that the traditional ruler connected him to an official of the Idanre council area, Mrs Abimbola Babayemi.

Babayemi, a welfare officer, reportedly took the child to the state orphanage in 2018.

Our correspondent gathered that the community named the boy Enitan, Oluwaremilekun Akeredolu.

Olusegun said together with a council worker, they went to Akure and demanded to take the child.

“Their director, Mr Ogunleye, was angry when he saw us. He said why did the council not tell our family that we could not see the child again.

“He said the last time the government released money to the orphanage was in October 2020 and so they could not leave the children to starve. He said a man had taken the child away.

“I asked him why they would sell the child because the government did not release funds to them. He saw me with my phone raised and asked if I was recording our conversation, which I denied. He insisted we could not get the boy back again,” he added.

Olusegun said her family was apprehensive of the fate of the child and had petitioned the Idanre LGA and the Ondo State Commissioner of Police Special Squad headed by SP Isiaka Ayole.

He alleged that officials of the orphanage were making attempts to bribe the police and cover up the case.

The trader, who catered to Funke till she was delivered of the child, Mrs Toyin Fatai, told PUNCH Metro that she was impregnated by unknown persons in a shop where she slept while roaming the community.

“When she was delivered of the child, she handed him over to me and said I should ensure nothing happened to him.

“I took care of the child for some months, but when I ran out of funds, I met the traditional ruler and we contacted the Idanre council, from where we sent him to the Akure orphanage.

“When Funke’s family came and we went to the orphanage together, we were informed that they had sold the child. I was shocked. Where I do my trade, many people offered me money for the child when I was caring for him, but I refused because the mother personally handed him over to me and I knew she could recover in the future,” she added.

Fatai, aka Iya Alagbo, said she put a mark on the child because she suspected some people might want to take advantage of his mother’s condition.

The traditional ruler of the community, Oba Henry Olumakaiye, the Olu of Onisere, Idanre, said residents loved Funke because despite her mental condition, she was not violent.

He said, “We handed over her child to the Idanre LGA and the council said they took him to the orphanage at Akure. I believe even if a child was adopted, there should be documentation and they should say where the child is.”

The council worker, Babayemi, declined comment when contacted by PUNCH Metro, saying as a government worker, she was not in a position to speak.

However, an official of the council, who was equally aware of the matter, said when the child was taken to the orphanage, an introduction letter stating his history was attached.

He noted that representatives of the police, the Department of State Services; Nigeria Immigration Service; Nigeria Security and Civil Defence Corps; Permanent Secretary, Woman Affairs; the Idanre LGA, and the motherless home signed a document to complete the process of the handover.

The official explained that one Mrs Olowonle, who headed the orphanage, received the child from the council and handed him over to one Mrs Anamebor, the Head of Baby’s Home.

The orphanage is under Mr Oluwaniyi Ogunleye, the Director of Child Development in the Ondo State Ministry of Women Affairs and Social Development.

“The Idanre LGA was asked to bring his mother as well, but we made attempts and we could not get her. The local government stressed it to them that the child should not be adopted or given out because his family could come for him.

“Mrs Babayemi had four children she was monitoring every month at the orphanage. But in April 2020 when she visited and asked to see the children, they only brought out two.

“She specifically asked for Enitan, but they told her that he had been adopted. They said the government was paying them half salaries and they did not have money to sustain the children. As a local government, we were in shock because nobody was notified,” the official, who spoke on condition of anonymity, said.

The official said after the police were notified, Mrs Babayemi was arrested and interrogated.

“As a local government, we are interested in this case. We want to know what happened to the boy and where he disappeared to,” the source added.

The director of child care in Ondo, Ogunleye, said he could not talk about the case because it was an official matter.

He said the ministry had court documents to prove nothing illegal was done.

Ogunleye, while urging our correspondent to speak to his bosses, declined further comment.

The Permanent Secretary, Ministry of Women Affairs and Social Development, Mr Oladiran Olawale, said the child was given out for adoption, adding that due process was not followed.

He explained that Ogunleye did not inform all the necessary parties before giving the child for adoption.

The permanent secretary noted that the child was adopted by a family in Lagos.

“They will bring the child from Lagos tomorrow (Friday),” Olawale added.

The Ondo State Police Public Relations Officer, Tee-Leo Ikoro, said the command would get to the root of the matter, adding that nobody is above the law.

He noted that the CP had also instructed that government officials implicated in the matter be arrested for questioning.

A source said both Ogunleye and Anamebor had been arrested and detained by the police.