A deputy speaker of the house of representatives has ignorantly said that Nigerians in diaspora have no right to complain about the security situation in the country. 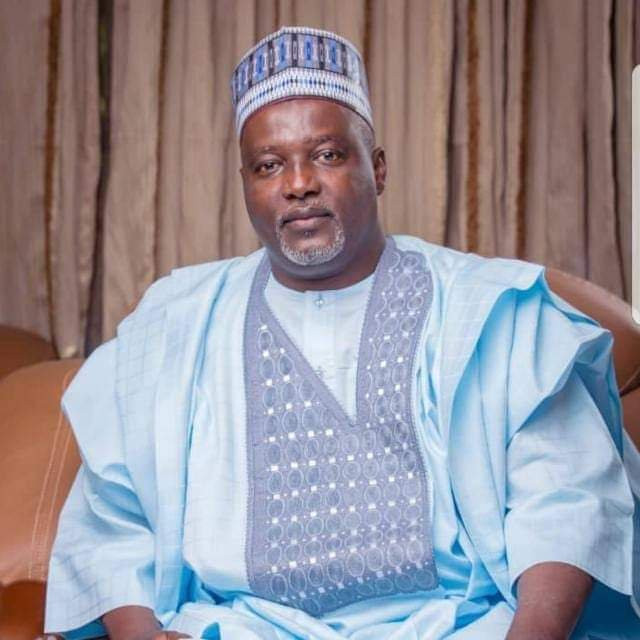 Idris Wase
The deputy speaker of the house of representatives, Idris Wase has reacted following criticisms after he stood down a petition by Nigerians in the diaspora.
Wase was accused of being ignorant and unfit to hold the position of deputy speaker after saying Nigerians in dispora have no right to complain about the insecurity situation in the country.
He had presided over the session of the assembly when the incident happened.
Reacting in a statement on Monday, Wase said he is not in doubt of their eligibility to file petitions and is only concerned about the legal identity of the group in question.
TheCable had reported how Wase rejected a petition from the ‘Mutual Union of the Tiv in America’ when he presided over the plenary session last Thursday.
The petition which was presented by Mark Terseer Gbillah from Benue, accused the federal government of not resettling the Tiv people displaced through various as a result of the farmers-herders crises.
Before ruling against it, Wase had asked if the group was registered with the Corporate Affairs of Commission (CAC), stating: “I am not convinced that somebody from America can come here and then delaying issues in Nigeria.”
His comments had generated widespread criticisms with many accusing him of turning a blind eye on the plight of the displaced persons.
‘MY ARGUMENT WAS ABOUT LEGALITY OF PETITIONERS’
Reacting via a statement signed by Umar Puma, his chief press secretary, the deputy speaker said his contention was on the “legality of the petitioners and not on whether Nigerians in the diaspora have a right to petition the house or not”.
“To set the records straight, let it be categorically stated that the crux of the encounter between the Deputy Speaker, presiding as Speaker, and Honorable Mark Gbillah was on the LEGAL IDENTITY (and flowing from that, the LOCUS) of the Petitioners and not on the whether Nigerians in the diaspora have a right to petition the House or not,” the statement read.
“The House of Representatives belongs to all Nigerians and can be accessed by all Nigerians wherever they may reside. However, like other arms of Government, (such as Courts of Law), Petitioners must follow laid down rules and procedures in presenting their petitions to the House, otherwise, there would be lawlessness, disorder and chaos.
“Note that as a Rule, every Petition must be presented by a Sponsor on behalf of an identifiable Petitioner who can either be an individual/groups of individuals or registered corporate entity.
“In the current incident, the Sponsor of the Petition read the Petitioners as: ASSOCIATION OF TIVS RESIDENT IN THE UNITED STATES. For any experienced Parliamentarian, this very coinage raises a lot of technical questions.
“Are the Petitioners represented here in Nigeria via a Nigerian Office or a Legal Practitioner or are they totally absent from the scene? Are they registered as an Association with the Corporate Affairs Commission? If they are absent and a hearing were to be organized, who would the members of the Committee on Public Petition be addressing, questioning or interrogating? Would the Petitioners be able to give first-hand witness testimony as to the issues raised in their petition? These and other technical complications were what the Deputy Speaker tried to interrogate, to which sufficient answers were not provided thus stalling the presentation of the Petition.”
Wase added that while the house has in the past entertained petitions, those submitted were “properly presented before the House without any ambiguity as to the identity of the Petitioners or as to their locus and availability to speak to the issues raised in such Petitions.”
“The Deputy Speaker reiterates the commitment of the 9th House of Representatives to continue to promote freedom of speech and associations as well as provide platforms for all Nigerians irrespective of their religions or tribes or whether resident in Nigeria or in the diaspora; while also upholding the sacred principles, rules and procedures of parliamentary,” the statement added.
Watch video below:
Top Stories