The government of Lagos state has promised monetary reward for anyone that will help it locate man caught on tape performing sexual acts. 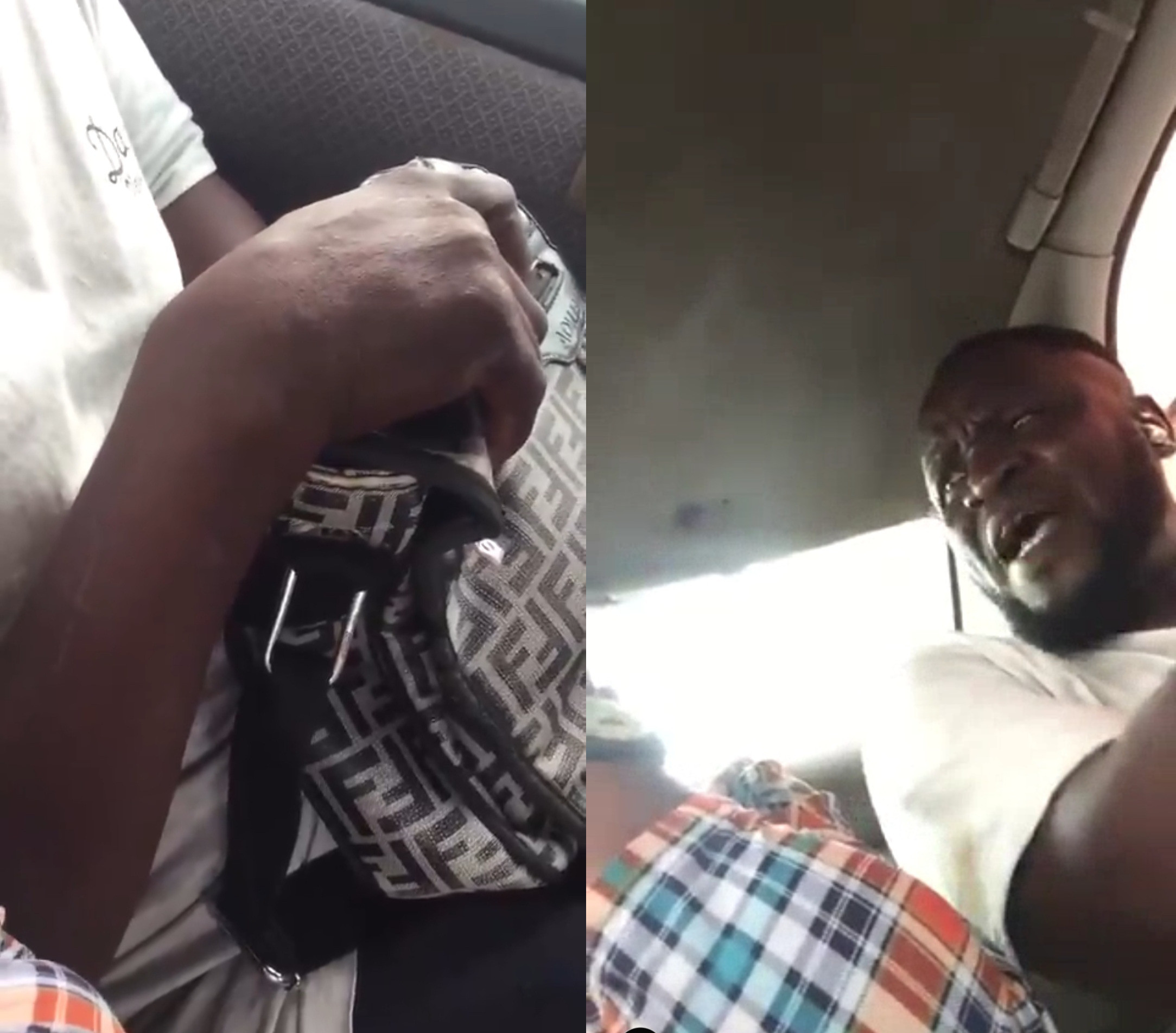 Lagos state is looking for this man
A manhunt for the arrest of a man caught performing sexual act inside a bus has been launched by the Lagos State Government.
Recall that some days ago, the man had assaulted a lady after he was caught.
The Lagos state Domestic and Sexual Violence Response Team (DSVRT) has asked members of the public to supply information that could lead to the arrest of the man.
This followed the video posted by a lady showing the man masturbating in a bus from Mowe to Maryland.
The lady identified as “Olajumoke the wig maker” on her Twitter handle @MsJhummie had narrated how the man masturbated and assaulted her when she raised an eyebrow.
She said, “I noticed his elbow was resting on my body, which made me uncomfortable because the back seat wasn’t so crowded for 3 people for his body to be touching mine.
“Then I noticed his Bag & his other hand movement & started recording in case he tried to deny.”
Olajumoke said: “After calling him out! He stopped. And I Ignored him for the rest of the trip till he started looking into my phone while I was texting, which made me really uncomfortable!
“Then I told him he shouldn’t look at me or my phone and that was where the problem started.
According to her, the man made an attempt to beat her after his hand touched her body.
After the post went viral, many people started commenting and revealed their experiences with the same man suspected to be a sexual predator.
A lady, identified as, omogesisi @AnuoluwapoSisi, said: “This same man did this to me too on my way to the island.
“Then I called him out then he started shouting at me, passengers were supporting him.
“I started crying because I was helpless but I refused to continue the journey.
“I told the driver he must come down!!! This man is evil! Thank God the driver answered me because I was really crying like.”
But the DSVRT has responded to the outcry on its Twitter handle, saying. “The attention of the team has been drawn to videos of a man with an unknown identity circulating on the internet indecently exposing his male member and publicly performing sexual acts on himself.
“Recently, he has been noticed around Mowe to Maryland axes.
“We seek information from the general public surrounding the identity of the perpetrator to apprehend him.” 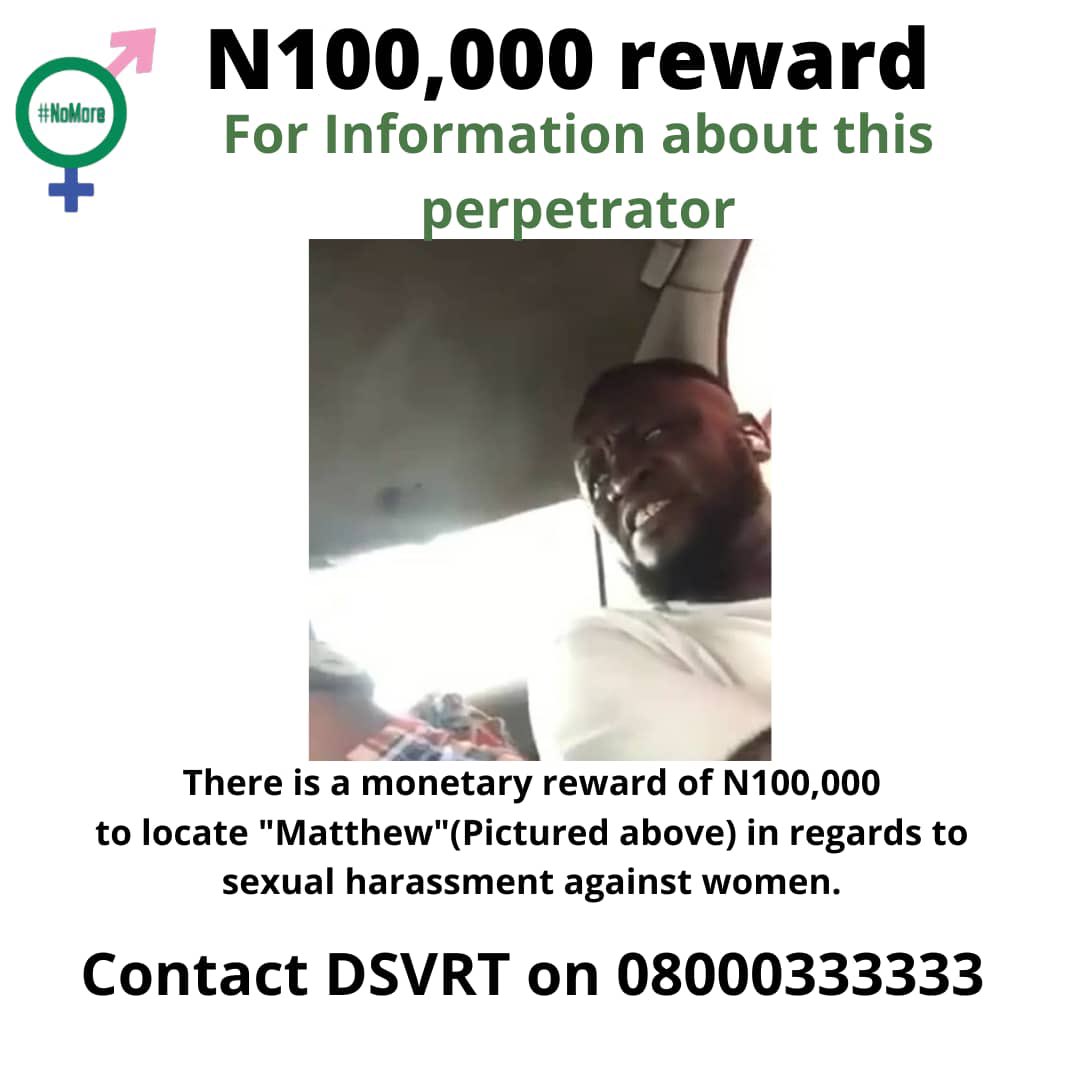