The club’s Media Officer, Quozeem Oladapo, made this known in a statement Tuesday night, describing the accident as “mild”. 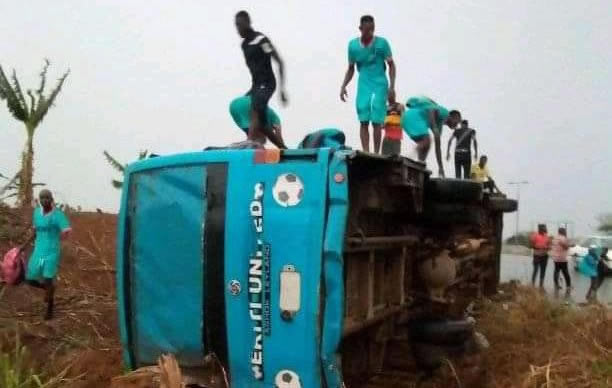 The many footballer players and officials of Ekiti United Football Club of Ado-Ekiti were on Tuesday involved in an auto crash, The PUNCH reports.

The club’s Media Officer, Quozeem Oladapo, made this known in a statement Tuesday night, describing the accident as “mild”.

He noted that the accident occurred while the players were returning to Ado-Ekiti from Ikere-Ekiti after their evening training session.

While stating that there were no casualties, Oladapo said, “But some of them were with varying degrees of injury.” 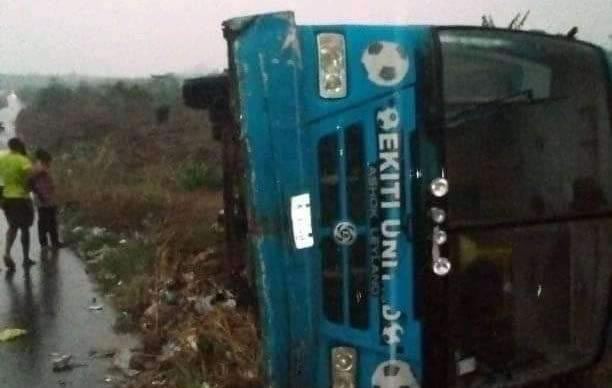 Oladapo said the team had recently travelled to Lagos and Ilorin for two away matches.

“After traveling to Lagos on March 8 for the midweek clash with Vandrezzer FC on Wednesday, the team returned to Ado-Ekiti on Thursday night.

“The team also embarked on the journey to Ilorin on Friday morning for the Saturday clash with Osun United.

“The vehicle returned to Ado-Ekiti on Sunday after Saturday’s Nigeria National League (NNL) match without any fault or hiccup,” he said.

The PUNCH had reported that one player and two officials of Akwa United were injured in an accident last Friday morning, while on their way for a Nigeria Professional Football League clash against Jigawa Golden Stars in Kaduna. 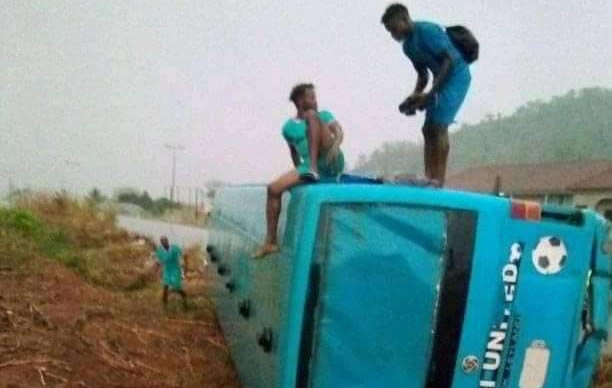 On March 2, Wikki Tourists bus was razed by fire on their way to Uyo for a clash with Dakkada FC.

A day after, the Kano Pillars bus also caught fire on their way to honour an NPFL match in Makurdi, Benue State.

Three days after the Pillars’ incident, another fire incident was averted as Kwara United travelled back from Enugu to Ilorin in their team bus, after an NPFL clash with Rangers, following a mechanical fault.

Adamawa United’s team bus was also attacked by gunmen while on their way to Lagos for their game against MFM FC, with their bus driver kidnapped, but released days after.