The makeup artist in an update apologized to Bobrisky and said a good samaritan credited her with the sum of N70,000. 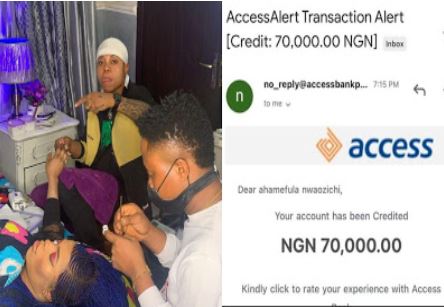 An unknown person has paid off the debt of a controversial crossdresser, Bobrisky after he was called out by a makeup artist for owing N70,000.

The artist who had called Bob out shaded him that they weren't begging for a give away, neither are they ready to tattoo his name just for monetary gains and asked him to pay up for services they rendered when he called for it.

The make-up artist, @harrison_aesthetics also said Bob used his granny as an excuse for not paying. 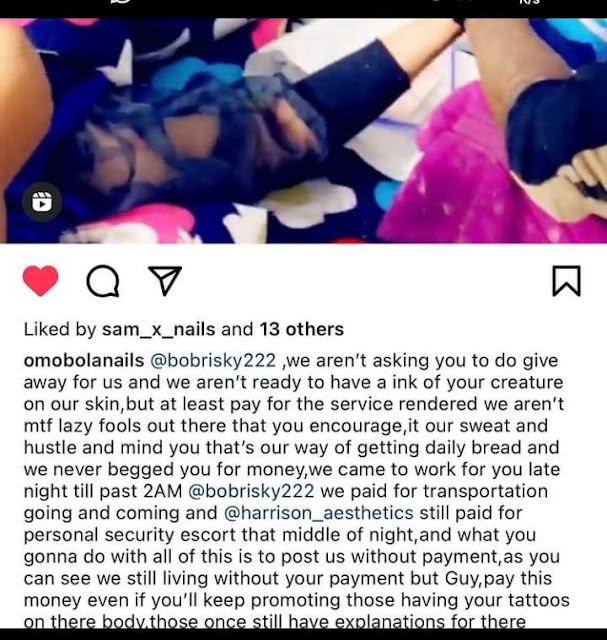 While she took to her Instagram page, she further alleged that another makeup artist,  was a witness and was also owed by Bobrisky.

But now, @harrison_aeshetics has made an update showing the crossdresser, Bobrisky calling to apologize to her and then said a good samaritan has also credited her with the sum of N70,000. 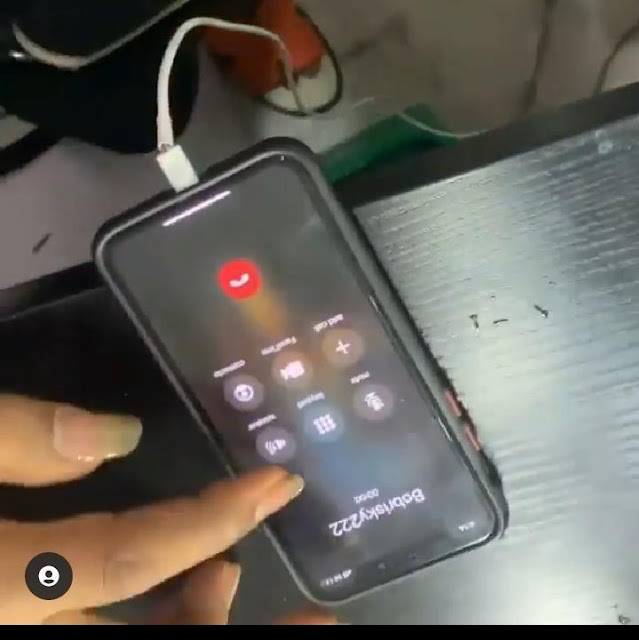 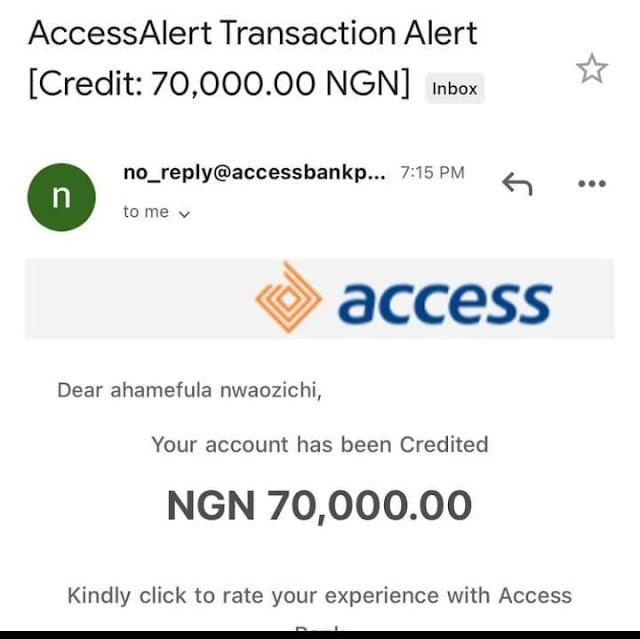 “Bobrisky222 is so lucky someone just sent 70k on her behalf in the apology he/she thinks his wise since July I. I decided to keep quiet maybe he feels I don’t have a level. 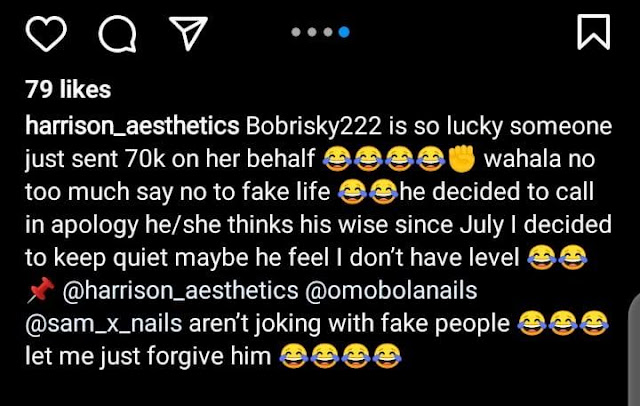