Following weeks of being hospitalized, the President of Tanzania has died at a hospital in the country. 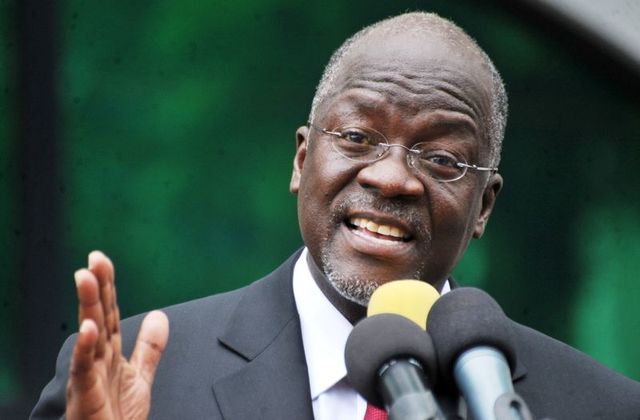 President Magufuli
President John Magufuli of Tanzania is dead.
Magufuli died at the age of 61 yesterday, after an illness that saw him disappear from public life for 2 weeks.
This was disclosed by Vice President, Samia Suluhu Hassan in a broadcast on Wednesday evening.
“Dear Tanzanians, it is sad to announce that today 17 March 2021 around 6 p.m. we lost our brave leader, President John Magufuli who died from heart disease at Mzena hospital in Dar es Salaam where he was getting treatment,” the vice president said
Magufuli had not been seen in public since the 24th of February. The Vice President, Samia Suluhu Hassan, will be sworn in and complete the rest of the five-year term that Magufuli began serving last year after winning a second term, becoming Tanzania’s first female president.
Magufuli was born in Chato, north-west Tanzania, in 1959, and Studied Chemistry and maths at the University of Dar es Salaam, after which he worked as a Teacher and Industrial Chemist before he entered Politics.
He was elected as Member of Parliament in 1995, Minister in 2000 and President in 2015.
Top Stories